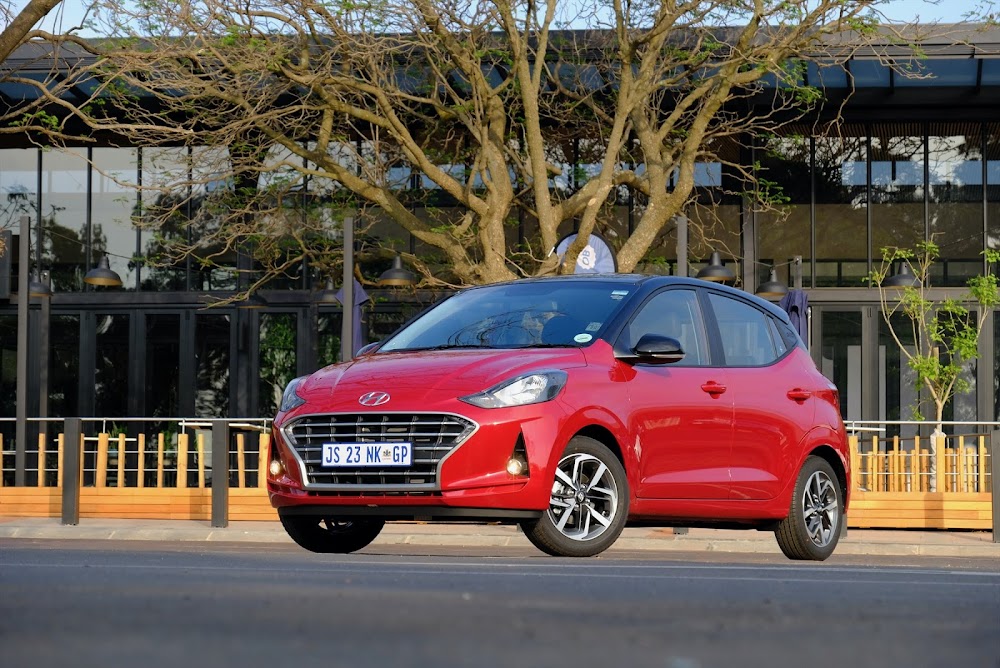 The third-generation Hyundai Grand i10 has finally touched down on our shores.

Larger and more aggressively styled than its predecessor, this newcomer is here to poach sales away from the likes of the Kia Picanto, Ford Figo, Renault Sandero and VW Polo Vivo.

Notably sharper-styled than the model it replaces, the new Grand i10 is available in two trim levels: Motion and Fluid.

Motion models are fitted exclusively to a 1.0-litre three-cylinder engine that churns outs 49kW at 5,500rpm and 94Nm of torque at 3,000rpm. Customers can mate this unit to either a five-speed manual or four-speed auto gearbox. Fuel consumption is a claimed 5.4l/100km in the latter and 5.9l/100km in the former.

Fluid models can be had with the same engine (manual only) or a slightly more muscular 1.2-litre four-cylinder motor that delivers 61kW at 6,000rpm and 114Nm at 4,000rpm.

Pick the latter and just like in the lesser Motion you can also choose between a five-speed manual (expect a claimed fuel consumption of 5.9l/100km) or four-speed automatic transmission (this sips slightly more juice at 6.9l/100km).

In terms of features, all models come with a 6.2-inch touchscreen infotainment system offering Apple CarPlay and Android Auto compatibility. Sweetening the deal is Bluetooth and no less than two USB ports.

Other standard niceties include air-conditioning, electric windows and an on-board computer.

Motion models get seats upholstered in cloth and vinyl and the Fluid artificial leather.

Standard safety features are the same for all new Grand i10 derivatives and include dual front airbags, front seat belt pretensioners and ISOFIX child seat mounting points on the rear seats. You can also expect ABS brakes with EBD.

Pricing for the new Hyundai Grand i10 range is as follows:

Click back later in the week to read our driving impressions.