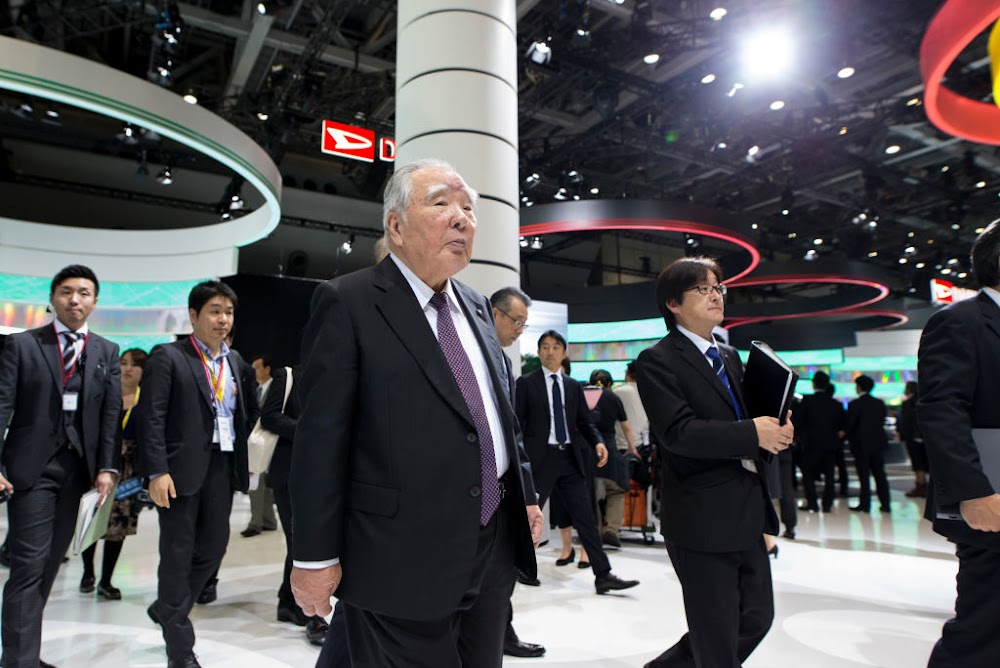 Suzuki Motor Corp's 91-year old chairman, Osamu Suzuki, announced he will retire in June, stepping aside for a new leader to navigate the shift to electric cars and fight off competition from tech giants such as Tesla and Apple.

The company also announced it will invest one trillion yen, mostly on elecrification technology, over five years.

His retirement leaves his son Toshihiro Suzuki, already president and CEO, holding the reins of the company.

Speaking to reporters on Wednesday, the younger Suzuki said the company needed to respond to a global push towards lower emissions.

"Carbon neutral is the focus now. Suzuki must not fall behind this global trend," he said.

The announcement by Japan's fourth-biggest automaker comes less than a week after rival Honda Motor appointed a new CEO, who said he would consider alliances to make bold decisions.

Carmakers, particularly smaller players such as Suzuki, are seen at a disadvantage due to the huge cost of developing EVs and technologies such as autonomous driving. Suzuki, alongside other automakers such as Mazda and Subaru, has tied up with Toyota to slash development and manufacturing costs

The chairman will be appointed as senior adviser upon retirement, the company said.