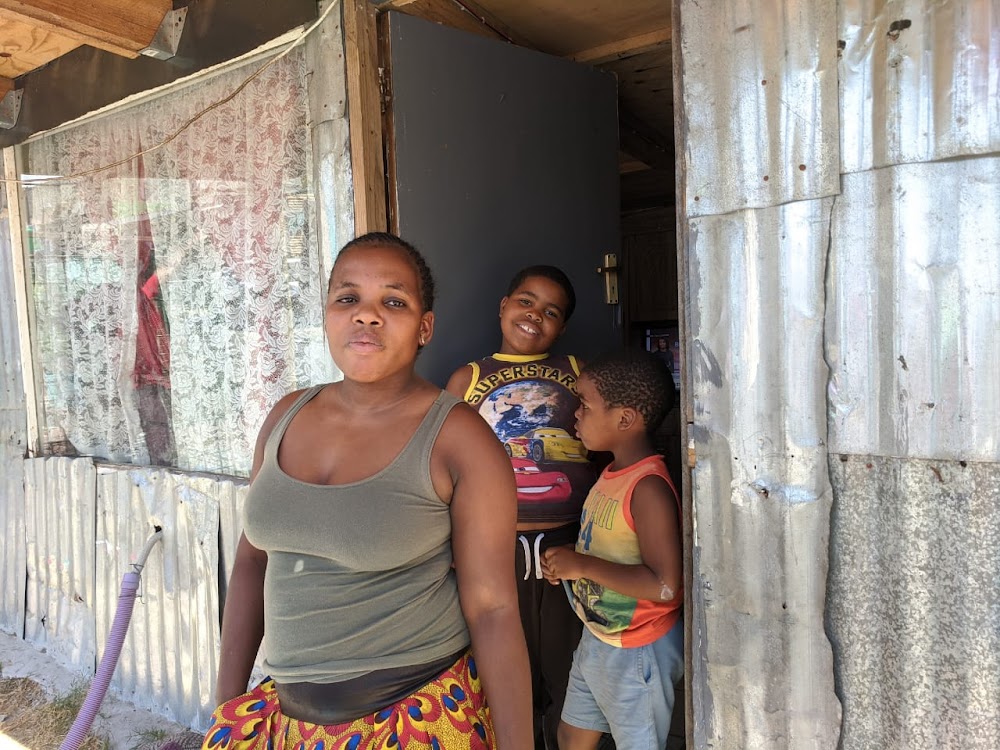 During the midday heat, the Cape Town seaside suburb's usually congested Victoria Road was deserted, except for a lone police van.

But on Beach Road, a few boys with scruffy-looking dogs were strolling down the street  like they owned it. During Friday's lunchtime, they did. Only an occasional car or bakkie drove past them.

The major settlement of Imizamo Yethu, where tens of thousands of people live in informal housing, appeared calm during the first 12 hours of lockdown, with small groups gathered inside or in front of their homes.

Portia Dukiso, 29, is the breadwinner for a family of six who live in a corrugated-iron house next to a palm tree, across from a makeshift dump.

“It is very difficult not to go outside,” said Dukiso with a bucket in hand and a two-year-old pretty in pink hanging on to her leg. It was hot and laundry was drying on the line.

“I do domestic work and it doesn’t look like we will have money or food during lockdown,” she said.

Dukiso moved to Cape Town eight years ago from Port St John’s, in the Eastern Cape, looking for work.

She is one of an estimated 33,000-65,000 people living at Imizamo Yethu, which has a police station at the entrance to its major access road. Shoppers, most with blue plastic bags, trudged past the station and up the mountain.

The masked Captain JB Lourens, the community services centre head, said he could not comment about the first 12 hours of lockdown because details would be released later in a provincial report.

The police station appeared quiet at lunchtime, with only one person needing help at the front desk.

Members of the public were required to spray their hands with sanitiser provided on a table alongside flyers about the coronavirus.

Earlier, about seven police vans drove into Hout Bay from Constantia Nek, which connects Hout Bay to the suburbs of Newlands and Constantia.

On the other side of Hout Bay, Suikerbossie Road – famous for being the final uphill in the Cape Town Cycle Tour – was empty apart from one police van. From the top of the hill looking down, Llandudno Beach looked empty.

Squabbling seagulls amid washed-up kelp dominated the Hout Bay beach, though in the distance isolated figures could be spotted.