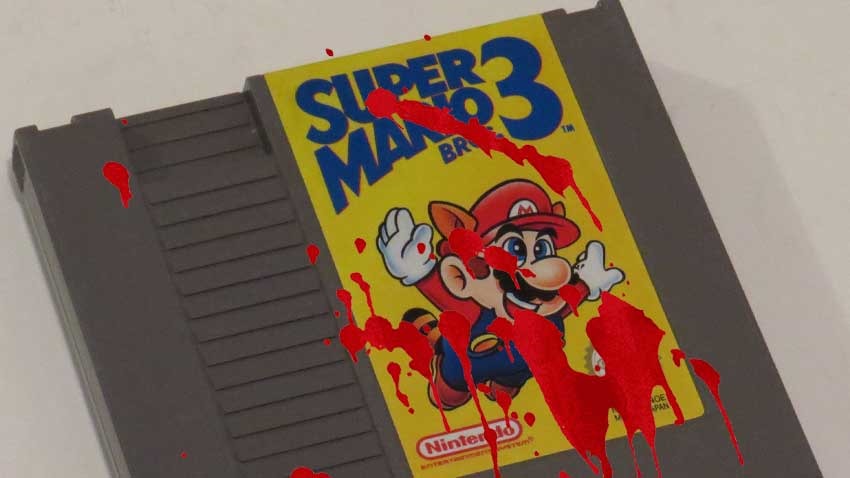 I mean that’s just stupid. You can get it on the Nintendo Switch for the price of a cup of coffee. What a rube. Anyway, someone with cash to burn decided to throw down their savings on a super-rare Super Mario Bros. 3. What made this version so special is that not only is it in near-perfect condition and sealed within a case to prevent your one nephew from getting his disgusting germ hands all over it, but this is the rarest of the rare in terms of cover art.

That “Bros.” logo seen overlapping Mario’s hand? In most cases it was positioned to the right, but this particular instance where it was placed to the left made it a hot ticket item. Heritage Auction house hosted the sale, which started off at $62,500 and then saw its price skyrocket towards a literal world record-breaking total. Presumably while the auctioneer unleashed a torrent of gibberish that sounded like a rap battle between people having a stroke:

Earlier this year, a more regular but still incredibly rare copy of Super Mario Bros. 3 also sold on auction, netting $114,000 by the time the gavel was struck. There has been an increase in the awareness of video game rarity lately, with one company in particular even offering people the chance to buy shares in a retro masterpiece, allowing them to own a piece of history. Or sell if it off for a profit and thus create a weird market.

While the value of video games to me has been mostly sentimental more than financial, it’s fascinating to see this nostalgia command top dollar on the auction block. Who knows? Maybe my meager collection of Sega Megadrive carts will be enough to give me a decent retirement fund before this video game bubble bursts.