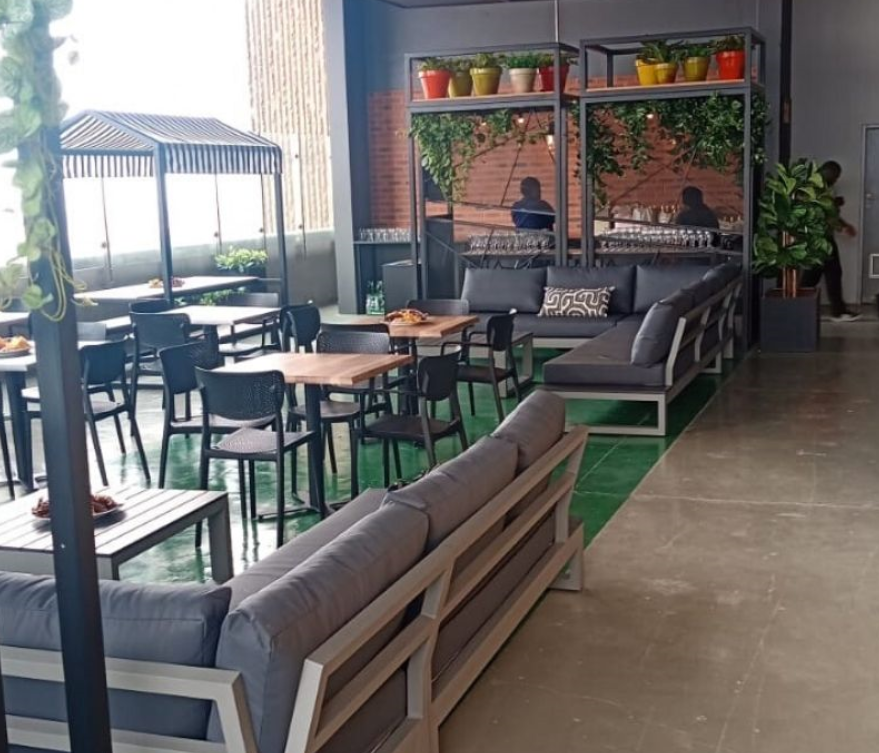 One of Johannesburg city centre's tallest buildings, Towers Main, formerly known as Absa Towers, has been refurbished in a multibillion-rand project which will see the building accommodate private residents and Absa employees.

Property development companies including Atterbury and Ithemba properties collaborated on the Divercity project, which began three years ago with their cornerstone investors including Nedbank.

Divercity is a new investment fund which seeks to redevelop Absa Towers and Jewel City. Rian Reyneke, joint group CEO of Ithemba properties, told TimesLIVE on Wednesday that the building is a game changer for the city and its tenants.

“The development focused on nine floors of the building which were repurposed to A- grade office space that Absa will lease back from us for 10 years. From floor 10 all the way to the 30th floor, is brand-new rental apartments.”

It's got a gym and day-care

The building boasts a number of amenities for tenants, including a coffee shop, art gallery, day-care centre and gym. Reyneke said the day-care centre will be open to Absa employees, the public and Towers Main tenants.

Reyneke said the city centre, regardless of it having the infrastructure, has not received much focus in terms of development and, as a result, thousands flock in to work and commute back to various parts of Johannesburg each day. He said the project would help make the city more desirable to potential residents.

Transforming life in the CBD

“We're hoping that this will inspire other developers and other companies to move back into the city. Our case is that you can reside close to your workplace, have your children go to school, and walk to work.

“Currently we have a lot of working class people from the segregated communities including Soweto and Thembisa and every day they spend between two and four hours commuting, which is not only time consuming, but is cost consuming as well.”

Reyneke says the city centre has the potential to completely transform.

“I believe that in 10 years' time, Johannesburg could be a transformed city that will house a diverse population for everybody to live in.”

He says the refurbished building has been well received and some tenants have already moved in. He expects demand to increase once the pandemic lockdown is over. Residential apartments comprise of small to large studio units, one-bedroom units and the premium two-bedroom units.

This Hotel Offers A Six-Course Meal In *Private* Bubble Pods