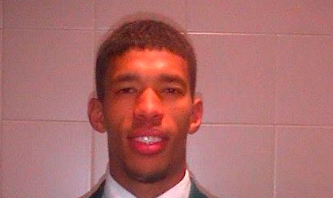 South African judo champion and would-be Olympian Preston Davids was stabbed to death in his childhood neighbourhood of Bellville South on Monday morning in an incident allegedly motivated by “jealousy”.

Coach for the national judo Olympic team, Godfrey Kleinsmith, said the 29-year-old rose to become one of the country's top talents in the martial art before his life was snuffed away by two “skollies” intent on gaining notoriety.

Western Cape police spokesperson Sgt Noloyiso Rwexana said two suspects, aged 26 and 28, were arrested and will appear in the Bellville magistrate's court once they were formally charged.

“Bellville South police are investigating a case of murder after a 29-year-old man was stabbed at 3.15am,” she said.

Kleinsmith helped to raise Davids, who he regarded as a son, since he was nine years old, when he took him in as one of his students.

“This was about jealousy. It was jealousy because he was such a star, and the people loved him. What happens in this community is when you are such a role model, a skollie will always try and make a guy like that fall,” Kleinsmith told TimesLIVE.

“If you take down a role model like that, then you become recognised among the top of the skollies, or you get a number [a rank in a prison gang] because you killed a leader in a community. That’s the mess we are dealing with in our community,” he said.

Davids’ younger brother Grant Quanteney, 27, was with Kleinsmith at the police’s forensic laboratory on Tuesday to view the body.

Quanteney is now left to look after their youngest brother, a 17-year-old pupil at Kasselsvlei Secondary School, all by himself.

“To tell the truth, I haven’t processed it yet. I can’t come to grips with the fact that he’s not here any more. I can feel he isn’t here any more, his presence is missing in the house, but it’s not yet settled with me.

He said the incident started after a late-night informal pool tournament at a clubhouse, which started on Sunday. Davids went to watch his brother and their cousins play a few games.

He said a young “troublemaker” who had previously tried to pick a fight with his brother arrived and tried to quarrel with him, but he was thrown out.

When they left, the troublemaker and his cousin ripped off the windscreen wipers from the brothers’ car, but it was when they attacked his cousin with knives that Davids decided to intervene.

The two men pounced and stabbed him to death in Stilwaney Crescent.

Bellville South is a troubled neighbourhood, where children face a perilous journey to adulthood. When TimesLIVE visited Kasselsvlei Comprehensive High School, situated in the heart of Bellville South, two weeks ago, droves of school-aged boys sat outside the gates smoking and loitering.

Children who attended the primary school and the high school were often the targets of the boys, who were themselves on a slippery slope leading to a life of crime.

Kleinsmith said out of 12 star students with the talent to achieve Olympic status, only Davids had the perseverance to circumnavigate his challenging childhood and make something of himself.

“He had the most beautiful manners. He was the most beautiful boy. He was very willing to learn. He stood out above the rest. I had 12 guys who were at national champs level at the same time. They all had the opportunity to go to the Olympics if they stayed with the South African Judo Association,” he said.

“He was the only one from that group who endured. You know what resilience you need to get to the top? He had that. The others all fell into the laps of druglords, or became part of the wrong crowds.

“Today, I am a proud father to him. Where I led him, he followed and he made a success of himself. The loss for me is very big.”

He said Davids was the current Africa Champion in the under-60kg weight class.