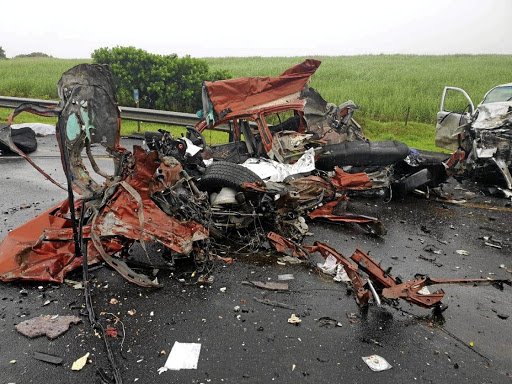 The National Road Traffic Amendment Bill of 2019 — the submission of which was approved by the cabinet in March and published on Monday — proposes to amend section 65 of the act by stating that no person on a public road may drive a vehicle or occupy the driver's seat of a vehicle, the engine of which is running, while there is any concentration of alcohol in any specimen of blood taken.

The bill also proposes tighter regulations for driving schools and driver training centres where in some instances fraud and corruption have been rife.

In January Mbalula revealed at the release of statistics for the 2019/2020 festive season  that “the number of people who lose life and limb on our roads is alarming and the cost to the economy is in excess of R168bn”.

He told TimesLIVE this week that the bill’s main focus was to promote road safety and reduce road carnage.

“Road crashes have a negative effect on our economic growth due to a high number of people who, due to their being rendered unable to work, are then unable to contribute to the economy of the country.

Mbalula said drunk driving also had a “huge bearing” on social security because survivors of accidents, unable to work, become dependent on social grants which result in the state having to increase its spending.

“The driving schools are a key role player in our endeavour to reduce road crashes and carnage on our public roads.”

However, Howard Dembovsky, chair of Justice Project SA — an NGO advocating for the improvement of road traffic law and enforcement — is not convinced the proposed changes will make a dent in road accident statistics.

“Whether there is an allowable threshold of alcohol in a person’s blood or breath sample or not is irrelevant.

“The problem SA currently faces is that very few driving under the influence arrests result in convictions.

“Removing the limit will not change that. Our courts will still not convict anyone if the state fails to provide the requisite evidence.

But Dembovsky said the “obvious upside”  is that it would remove doubt regarding “how much is too much liquor”.

The Southern African Institute of Driving Instructors (SAIDI) believes the government is pushing for the tightening of legislation for the industry to reduce road carnage and the financial cost to the economy.

SAIDI's Robert Chandler said: “SAIDI has long recognised the need for regulation and standards and has strongly pushed the agenda during our participation at various legislative forums.”

But Chandler warned that it would be “extremely naive to believe that corruption would be rooted out.

“Corruption is horrendous. Unfortunately it is not merely confined to operators who are known as unregistered or unregulated. Unscrupulous “legitimate” operators also exploit the opportunity to increase income by unsavoury means.”