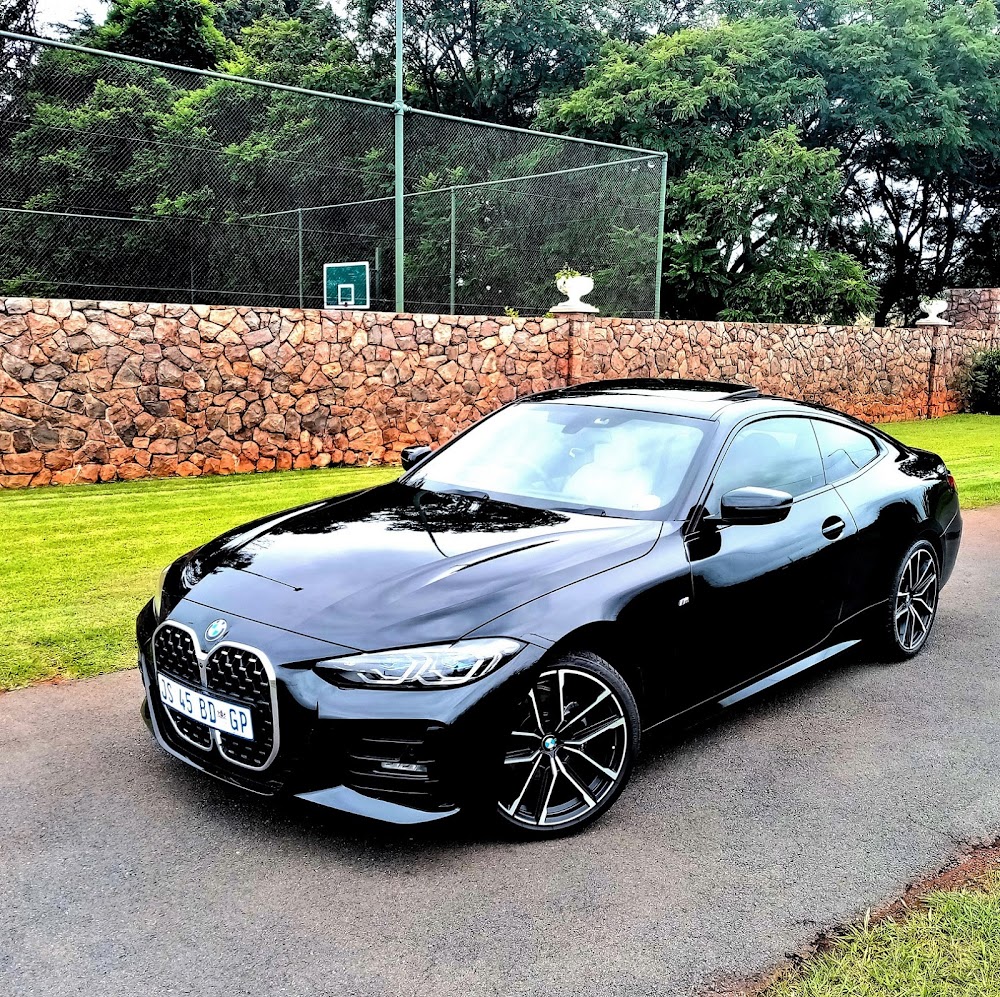 Let me begin with nailing my colours to the mast: I loved the grille on the new BMW 4 Series from the moment I clapped eyes on it at the 2019 Frankfurt Auto show, long before our telephonic conversation with BMW design director Domagoj Dukec in a bid to ask him about the merits of being anti-establishment.

Away from the head-turning schnozz, the 4 Series certainly delivers on its promise to be sexier than its 3 Series cousin. Those slinky looks are created by a roof that is visibly domed in front to accommodate even the leggiest of passengers while it dips vigorously towards the rear.

Being 25cm wider than the sedan gives it a broader, more athletic attitude so important to the coupe zeitgeist.

The 4 Series will appeal to fans of expressive cars while the 2.0l diesel motor that packs 140kW and 400Nm and is hooked up to an eight-speed transmission will attract economy minded drivers in particular, who will benefit from a claimed 4.5l/100km fuel consumption average.

It’s a brilliant turbo diesel that has it all: it's smooth and quiet, with enough power and parsimony at the pumps. The reported end of diesel engines is perplexing.

Performance is pretty decent and it will sprint to 100km/h in 7.2 seconds and hit 240km/h while it hugs bends with typical BMW skill.

It’s not outwardly sporty but the four-cylinder motor and the suspension deliver the goods in a hushed and relentless manner when you are in a hurry. It’s more about how it drives on the regular.

From the moment you flop onto its shapely seats with a reassuringly good driving position you realise that BMWs have become extraordinarily luxuriant.

On the move the 4 Series damps out road imperfections and it wafts like never before. The soundproofing leaves the cabin hushed while the light steering, well-plotted ergonomics and evident good build quality makes it an easy and satisfying steer.

Safety and conveniences remain top notch with six airbags and most of the typical premium digital fittings and its alphabet soup of traction nannies.

BMW sells the 4 Series coupe in a limited range. These include the 420i and 6-cylinder M440i xDrive derivatives. They will soon be joined by its cabriolet version and the weaponised M4 Competition.

The 420d on test here may be a curious buy owing to its being a diesel coupe but it’s truly a practical choice that works for me. And those who protested the bold nose on the social sphere were too quick. See it in the metal before making an everlasting conclusion.