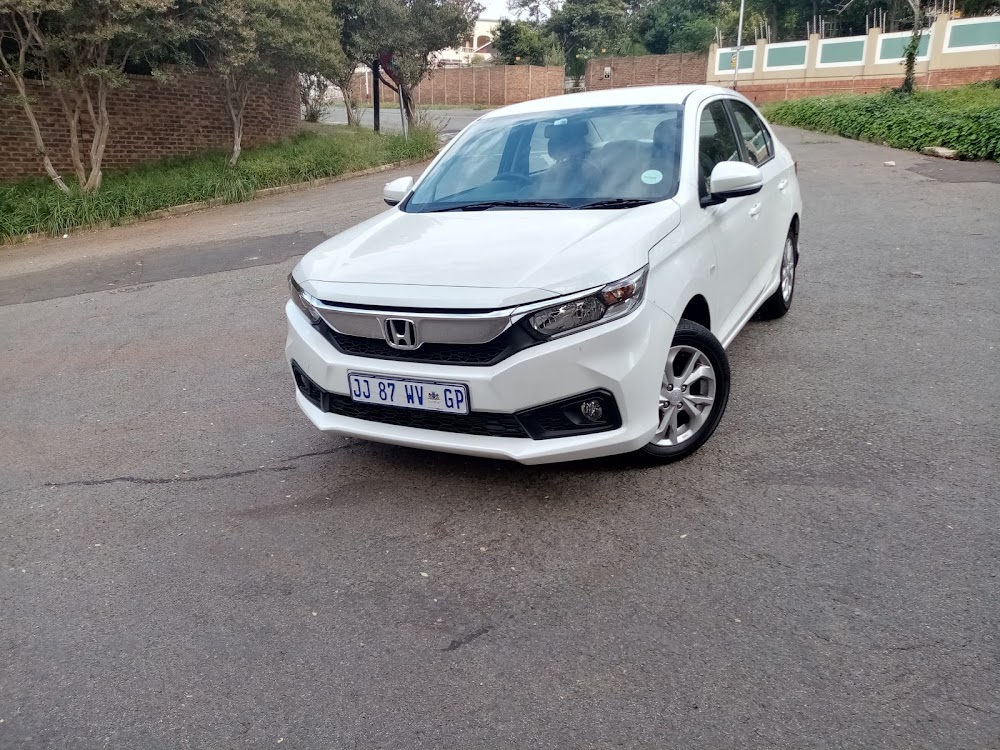 SA’s entry-level car segment is dominated by hatchbacks, but a number of sedans continue to compete in this league, including Suzuki’s DZire, Ford’s Figo, Toyota’s Etios and the Honda Amaze. With no sighting of the Brio hatch in Honda catalogues, the stocky, interestingly styled Amaze is the company’s cheapest offering.

I like the styling very much, particularly the front end, though it’s a design that will polarise opinion. At 3,995mm long with a wheelbase of 2,470mm, the car is pleasingly wide and spacious inside.

The utilitarian dashboard is designed for simple user-friendliness. I like that much of the switchgear is laid out in plain sight for easy access. You want the USB port and charge point? There they are. You want to crank up the volume? Here’s a chunky button or remote buttons on the steering wheel.

The car is solidly built to near class-leading levels. Though the sturdy plastics aren’t the fancy soft-touch type, this high-spec Comfort trim with two-tone faux leather seat covers comes with enough kit to keep you connected and content.

There is an impressive amount of substance. Its naturally aspirated 1.2l four-cylinder motor, linked to a five-speed manual transmission, pulls hard enough and keeps on going right into the higher rev ranges. It’s not the same punchy flow of power found in turbocharged motors, but the Amaze engine copes well in most situations, including overtaking or hurtling uphill.

The latter requires timely gear-downs to muster all of its available power to dispatch. But on the average doddle it pulls healthily in any gear and is a finely balanced trade-off between performance and economy. Honda claims the Amaze can average 5.6l/100km, which I tried to match, and actually beat by 0.2l/100km. It’s rated 12.3 sec to 100km/h with a top speed of 160km/h, which I was less interested in because there’s more of a relaxed gait to how it drives.

The damping is superb for a budget car, and though the ride isn’t totally spongy, it feels like other Hondas, with a touch of stiffness for countering body roll. Elemental and mechanical noise suppression is better than I remember in its few classmates, and though the assisted steering isn’t razor-sharp, it’s nevertheless pleasingly light and works well with the compact size of the car to navigate built-up areas.

Amaze rivals aren’t plentiful. Segment sales are led by the Toyota Etios, which offers the best interior space, and if you want more power, then the Figo is your car. But the apparent grander air of the Honda defines its positioning as more a family-oriented car than an entrepreneur’s tool.

WE LIKE: Looks, spacious cabin, ride quality, best warranty in the segment

Coronavirus in the North East: the March 26 figures