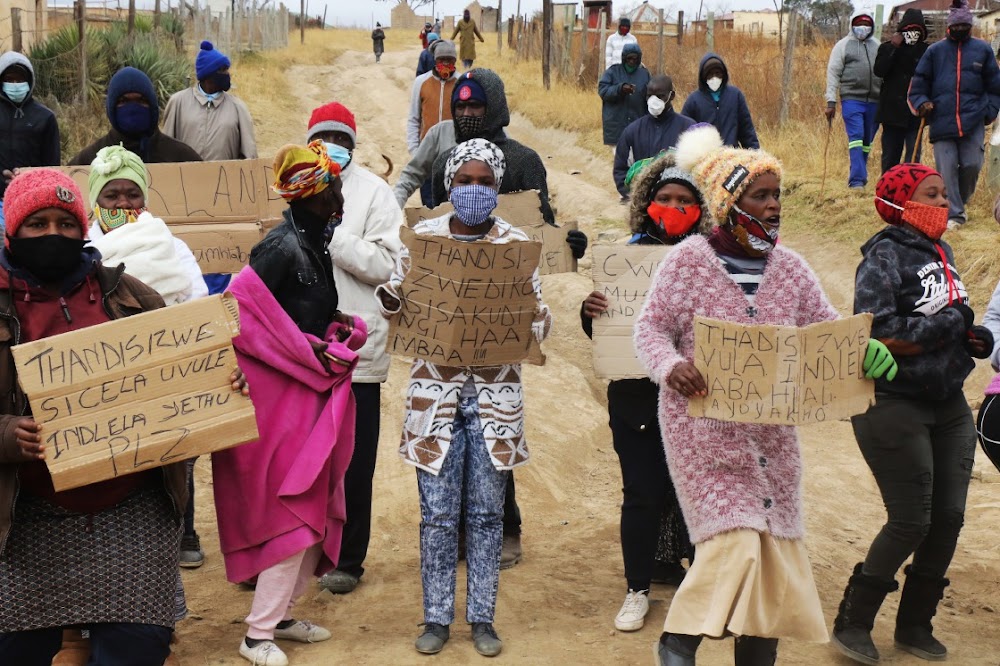 Fed-up Eastern Cape villagers have taken a tough stance against the husband of Khusela Diko, the beleaguered spokesperson of President Cyril Ramaphosa, in the wake of the personal protective equipment saga.

About 100 KwaBhaca (formerly Mount Frere) villagers on Thursday protested outside the Great Place of their traditional leader, Nkosi Madzikane II Thandisizwe Diko, demanding that he reopen a major road he reportedly closed.

Madzikane claims to be the “king” of the AmaBhaca, but this is disputed and his claim is not recognised.

Ngubelana said: “He closed the road for safety reasons because it's near his royal place. What about the thousands of residents who are struggling to travel to their homes from town?

“Residents were arrested when they complained to the police. Thandisizwe must reopen the access road and withdraw the cases.”

He distanced the AmaBhaca from the alleged corruption scandal. “He lied when he said he is a king ... he is just an ordinary chief,” Ngubelana said.

Neither the police nor Diko could be reached for comment at the time of writing. ​