Reactions pour in as EFF descend on Brackenfell 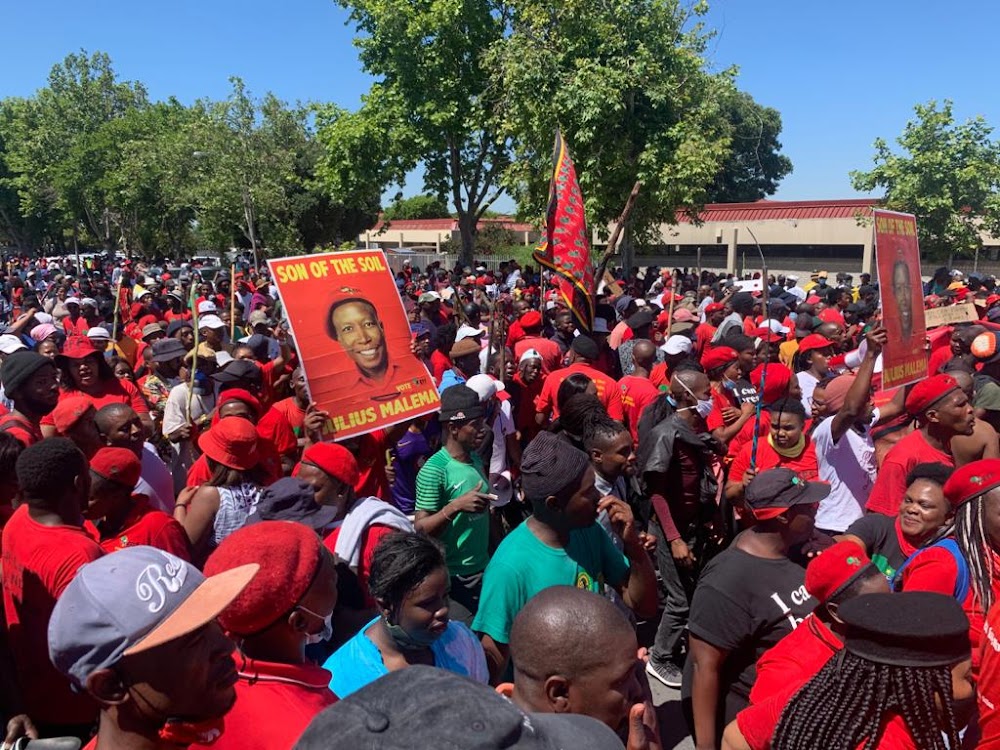 The EFF is trending on social media after hundreds heeded the party's call to continue with an antiracism protest in Brackenfell, Cape Town.

Julius Malema, Mbuyiseni Ndlozi and Floyd Shivambu earlier this week called on the “ground forces” to return to the area nearly two weeks after a violent confrontation between community members and EFF protesters.

The EFF is protesting against allegations of racism at Brackenfell High School after it emerged that a group of parents hosted an unofficial matric ball which was only attended by white pupils. Two teachers from the school also attended the event, which created an impression that the school was involved in its organisation.

The provincial education department toldTimesLIVEthat the school should not be held responsible for the event, as it had been organised by parents. The school had cancelled its official matric ball because of the Covid-19 pandemic.

The City of Cape Town on Tuesday gave permission for 100 EFF members to demonstrate, later increasing that number to 500, but hundreds more showed up to protest.

TimesLIVE reported that this delayed the protests as EFF leaders tried to negotiate with the police to allow marchers to protest outside the school. A group of white residents, much smaller than the one which clashed with the red berets in the last protest, awaited the group on the other side of the school grounds.

We are now marching to Brackenfell High School.

Many supported the demonstration and commended the EFF for challenging racism, while others called for calm and control from the SA Police Service.

Here are some of the reactions:

I sincerely hope that the SAPS remain in control of the situation in Brackenfell today. For everyone's sake.

You will never understand until it happens to you.

I hate racism with all of my heart.

It’s getting tense there by Brackenfell. Touch wood it won’t end in tears🤔

My sister is a FIGHTER... She doesn't tolerate racism and corruption! 💪🏿 #EFFRedFriday pic.twitter.com/tqwuGylXg5

I stand in solidarity with the EFF march at #EFFInBrackenfell, the issue of racism affects us all black people in South Africa regardless of political differences.

As Black people, we should stand in solidarity against any racial injustices and confront racism by any means. pic.twitter.com/t0X4LXoEbM

I have only one president and his name is Julius Sello Malema, i appreciate you my leader ✊✊✊ #EFFRedFriday #EFFInBrackenfell pic.twitter.com/AneECdenZA

Why are #eff leaders not held responsible for what’s happening at #brackenfell?

If there is unlawful protest that police needs to quell, why would the leaders of the party not be held responsible for incitement?

Whether you like it or not, EFF remains the only party fighting racism. #EFFInBrackenfell