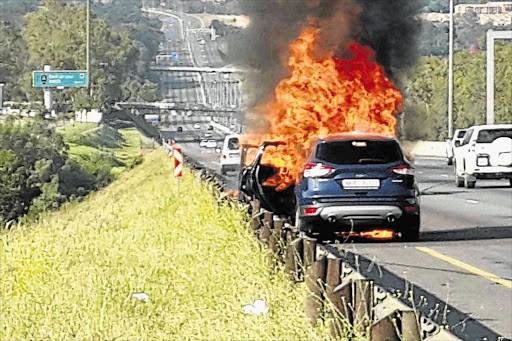 Most of the owners of Ford Kugas that caught fire will finally close that chapter with the company.

This as 47 of the 53 owners of vehicles that caught fire reached a payout agreement with Ford, according to the National Consumer Commission (NCC). Three owners have opted to continue a legal fight with the company, while three others had their claims rejected.

The NCC announced that Ford agreed to pay each consumer R50,000. The agreement was made an order by the National Consumer Tribunal (NCT) in March this year.

According to the agreement, Ford Kuga owners whose vehicles were distributed between 2014 and 2017 and whose was one of the 56 that caught fire — and where the fire originated in the engine compartment and damaged the vehicle — would be able to claim the money.

The tribunal order gave consumers two options: either submit a claim for the payment of the R50,000 (with or without a claim for loss of any movables) against Ford, or proceed to prove damages in court at the consumer’s expense.

The commission said 76 affected consumers were engaged during the mediation period and 53 claims were resolved as follows: