Premier steps in as foreigners are targeted in Durban truck protests 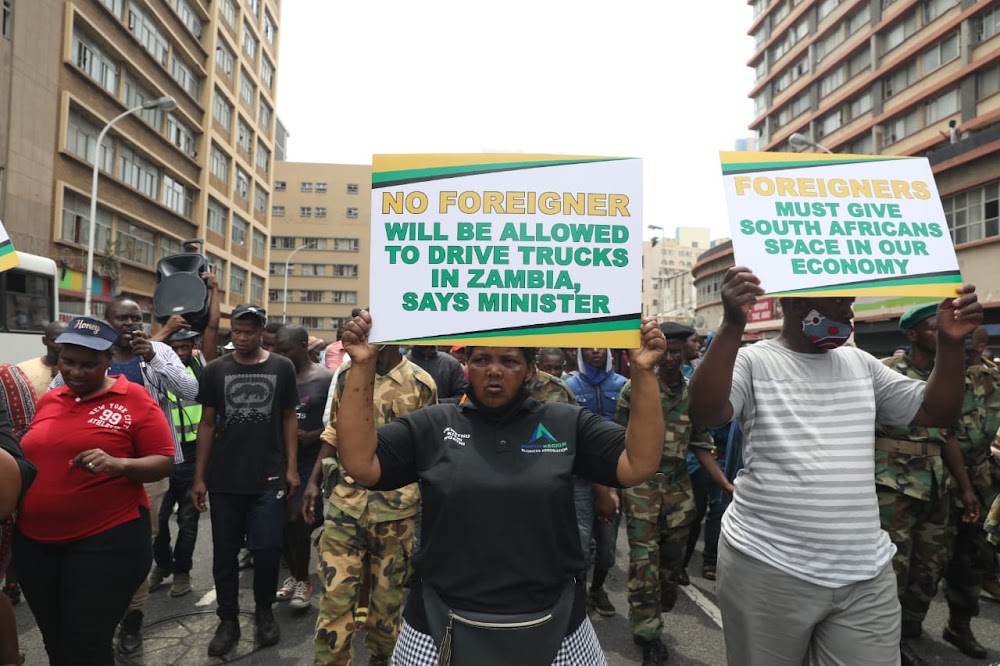 This follows Monday's protest in which hundreds of truck drivers took to the streets of Durban over the hiring of foreigners in the sector.

“The provincial government today noted the protest by the truck drivers and the subsequent ultimatum that 'no truck with a South African registration should enter the harbour or be driven by a foreign national from December 1 2020'," Zikalala said in a statement.

Zikalala has appealed for calm and peaceful resolution of all concerns facing the truck drivers and the road freight industry, adding that he had roped in the national government.

“The provincial government has escalated the matter to national government as this is not only a KwaZulu-Natal matter but has implications for the entire SADC region,” he said.

He also announced that the departments of labour and home affairs were involved in a process of developing laws that would address the issue of employment of foreigners  in all sectors of the economy, including road freight.

He said the provincial government is committed to the transformation and stabilisation of the road freight and logistics industry which is critical to the provincial and national economies.

“We will continue to engage all the relevant role players and work within the law to negotiate solutions meant to resolve current conflict, and in the long-term stabilise the industry within the ambit of the country’s constitution,” the premier said.

Zikalala, however, warned that lawlessness and threats to the economy, more so as the country emerges from the economic crisis caused by the Covid-19 pandemic, will not be tolerated.

“We thus call on those who have grievances to work with us and not to shut down our roads, torch trucks and even resort to attacking truck drivers as has happened before. Where these violations take place we expect the justice, crime prevention and security cluster of government to respond decisively to maintain peace and order by dealing with criminality and unlawful activities in the province,” said Zikalala.