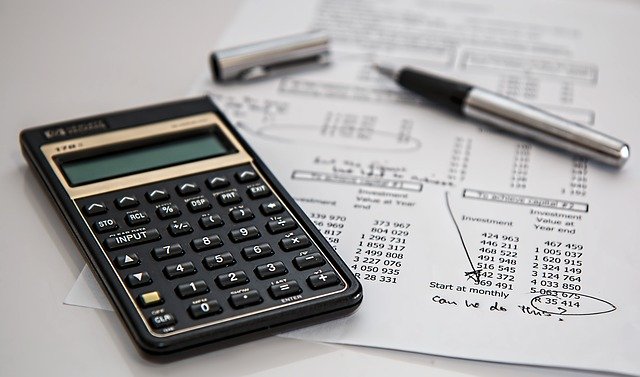 For the thousands of South Africans who took out accident and health policies marketed by Prime Meridian Direct (PMD), lockdown April has been made even more bleak by the realisation that they paid those premiums for years, only to find themselves with no cover from this month — and no premium refunds either.

Short-term insurer Constantia took over as policies administrator in April 2019.

The first of those policyholders knew of the unilateral policy cancellations in the last week of February, when they received an SMS saying their policy was to be cancelled with effect from March 31 “due to regulatory changes” and urging them: “Please don’t be alarmed”.

In the case of the CoverGrow policy, a waiting period was imposed on disclosed, pre-existing health conditions, which in many cases was about to expire, or had just expired, when they got the shock policy cancellation news.

Many of those very alarmed policyholders went on to discover in the following days that they weren’t going to get any of their premiums refunded.

Many of those very alarmed policyholders went on to discover in the following days that they weren’t going to get any of their premiums refunded. The older ones are now in danger of not being able to find alternative cover at all, given their advanced age.

Iona Fietze took out a CoverGrow policy in March 2015, when she was 66 and her husband 68, with the promise of increasing death cover over five years.

“The cover was low for the first few years, but we took the risk in order to enjoy full cover later, enticed by the relatively low premiums,” she said.

“Shockingly, on the 60-month anniversary of our PMD policy — the month when we were finally to benefit from the full cover that the policy promised — we received an SMS notifying us that they are cancelling the policy.

“We are now in our seventies and are unable to apply for life cover due to age restrictions on new policy holders.”

Constantia blamed the sudden cancellation on the Insurance Act, which was introduced in 2017 and became effective mid-2018. It draws a distinction between life and non-life — previously referred to as short-term insurance — policies.

Before that, short-term insurers such as Constantia had been selling insurance to cover some death and disability events, as in the case of the now-cancelled Prime Meridian Direct policies.

“In terms of the new Insurance Act, insurers may no longer conduct life and non-life insurance under the same licence,” Constantia told its affected policyholders.

“Your Prime CoverGrow policy meets the definition of a 'life policy' as defined in the Insurance Act, and given that Constantia Insurance Company Ltd is licensed as a non-life insurer, we may no longer provide this cover.”

The Financial Sector Conduct Authority (FSCA) which first learnt of the cancellations on March 3, stepped in and began engaging with Constantia “to ensure that this matter is resolved in a manner which does not lead to unfair outcomes for policyholders”.

Sadly, that intervention did not change anything for those affected policyholders.

The authority later said: “We questioned the insurer on the possibility of transferring these policies to the life licence of the insurer, [but] after an actuarial analysis performed by the insurer, it was found that it would not have been in a position to offer the product on the exact same terms and conditions it had while underwriting it on the short-term licence.

As for Constantia providing those affected with alternative cover, the FSCA said: “Please note that there is no explicit obligation on the insurer to provide alternative product offerings to the policyholder.”

And there will be no premium refunds, either.

“Premiums are paid monthly for cover which is provided monthly and as such there is no build-up of funds,” said the FSCA, adding that it “could not find a basis to direct Constantia to refund the premiums received”.

Constantia told TimesLIVE last month that it had stopped marketing its CoverGrow product in May 2018, which was shortly before the Insurance Act became effective.

“We continued to provide cover and pay claims while we considered various other options, but in the end we were not able to come up with an equivalent alternative,” it said.

The insurer said the product had provided extensive benefits, particularly to people of “an advanced age”.

“It worked exactly as it was designed to do and we have paid out tens of millions in claims to the families of claimants.”

The average age of CoverGrow policyholders is 51 and they’ve been paying, on average, R475 a month.

Asked to reveal its claims ratio — the amount paid in claims vs the amount received from premiums — Constantia said it could not disclose any financial information as it was in a closed period.

The average age of CoverGrow policyholders is 51 and they’ve been paying, on average, R475 a month.

“What they have done is completely unconscionable and indeed shocking,” he said.

“At first, the cover was very low but it has steadily increased to well over R4m. I took the risk of low initial cover. Now, at this stage when it is finally paying off, they have pulled the plug.”

Another former policyholder, Batsile Molebatsi, 73, told TimesLIVE: “It seems as if the FSCA has thrown us the policyholders under the bus. Basically there's nothing they can do and we are therefore stiffed.”

In 2016 Mariette van Niekerk took out the CoverGrow policy on her mother's life.

“I feel that this one-sided cancellation is very unfair. I took out the policy and paid the premiums with the expectation that an amount would be paid out when my mother dies,” she said.

“She is turning 73 this year and to take out another policy will either be impossible or extremely expensive.

“I feel that I have been robbed by an institution that I trusted.”

GET IN TOUCH: You can contact Wendy Knowler for advice with your consumer issues via e-mail: [email protected] or on Twitter: @wendyknowler.