Orlando Pirates coach Josef Zinnbauer thanks South Africa for its support: 'It's unbelievable' 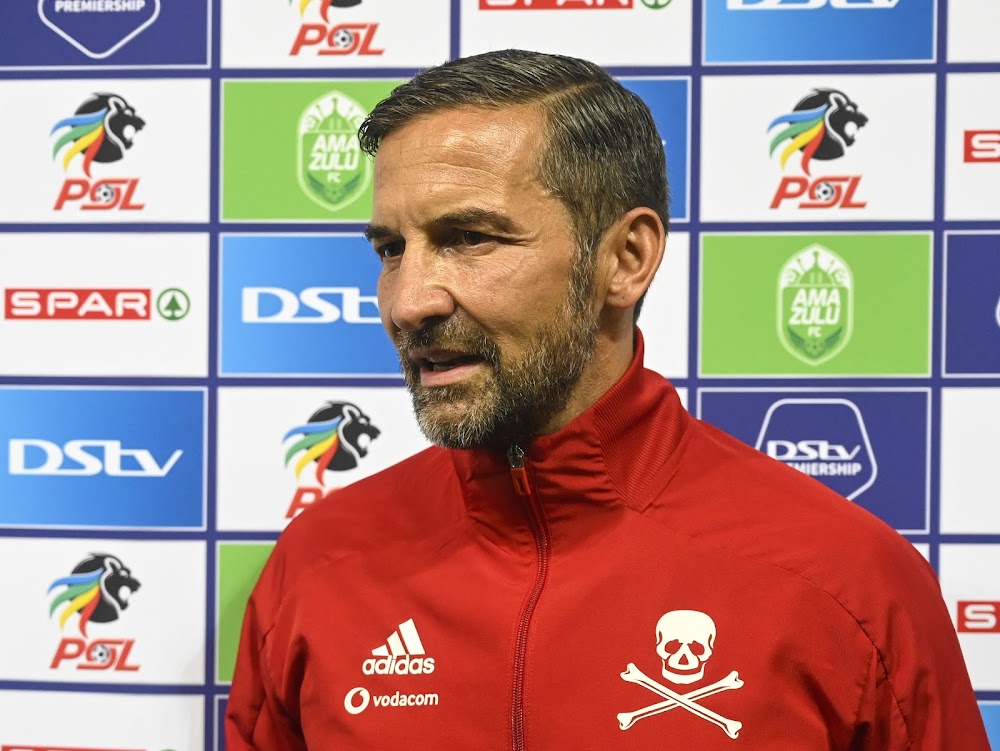 Zinnbauer showed remarkable commitment returning to Pirates from a trip home to Germany of just a few days to be on the bench for Bucs’ 2-0 MTN8 semi-final‚ second leg win against Kaizer Chiefs at FNB Stadium on Sunday.

Fabio Zinnbauer (24) remains‚ the coach said‚ “fighting for his life” in hospital. Josef Zinnbauer said he believed he and his family have had the support of the “whole of South Africa”.

“First‚ I have to say a big thank you to the guys – they have supported us‚ supported my family‚” Zinnbauer said‚ appearing to visibly suppress his emotions.

“A lot of supporters‚ the whole staff‚ the whole squad and the whole club – they have really given me and my family energy with the messages‚ the WhatsApps‚ the emails.

“It’s unbelievable. It’s fantastic for me and my family. I passed the words to my family and we got a lot of energy from this.

“Thank you for this. Thank to the chairman [Pirates chairman Irvin Khoza] for letting me go.

“Yeah‚ the reason was my son is still fighting for his life. At the moment he’s in a coma. And I can do nothing for him at the moment.

“And‚ yeah‚ we have to see what’s happening in the next days. We pray for him and we give him the energy that we get from the other guys; from the whole South Africa – that’s my feeling.”

He missed just one game – the 1-0 league win away against Bloemfontein Celtic on Wednesday night‚ where assistant-coach Fadlu Davids took charge on the bench.

Fabio Zinnbauer was involved in a car accident when his Skoda Octavia collided with a truck on Sunday‚ October 25.