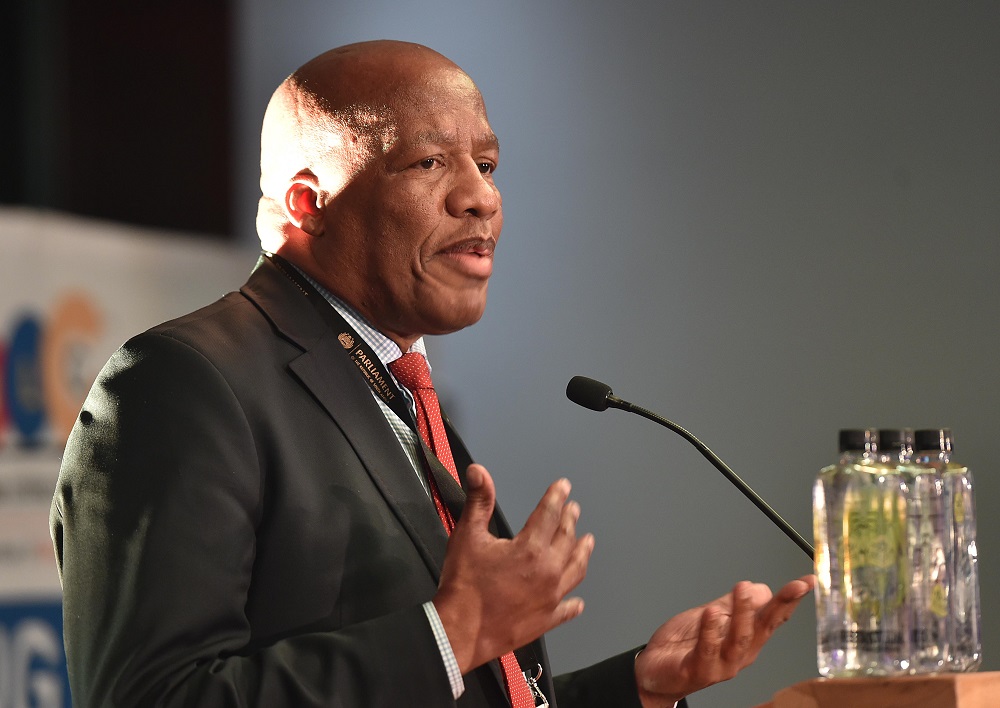 Different political parties have paid tribute to the late minister in the presidency, Jackson Mthembu, who succumbed to Covid-19 related complications on Thursday.

UDM leader Bantu Holomisa described Mthembu as brave. He recalled Mthembu’s stance at the ANC national executive committee meetings during the turbulent times of former president Jacob Zuma’s tenure — specifically his call for the entire NEC to step down after then public protector Thuli Madonsela’s report into the saga over Zuma's Nkandla homestead.

“Jackson Mthembu was a brave man. I still remember when the issue of Zuma surfaced at the level of NEC regarding Nkandla. It was Jackson Mthembu who said, in actual fact, we should not focus on Zuma only but the NEC should step down because, on corruption, he is not the only individual and collectively we have failed this country. So that was Jackson Mthembu,” Holomisa said.

Holomisa said he met Mthembu in the 1980s in Mpumalanga and in the late 1990s as the voice of the ANC in Mpumalanga. The pair also crossed paths in Cape Town when Mthembu was the ANC chief whip in parliament and headed the portfolio committee of environmental affairs, on which Holomisa also served.

“He came across as a person who was keen to learn on issues of environment, and you could see that every time he chaired that meeting he had done thorough work on the files presented to us. So he read a lot,” he said.

Holomisa believes Ramaphosa is one of the people who will feel this loss, as Mthembu was reliable and had helped strengthen the office of the presidency.

Mthembu’s role in Ramaphosa’s cabinet was an important one. He led the government’s communication in general and, particularly, during the Covid-19 pandemic.

But he also headed the department of planning, monitoring & evaluation which was responsible for the cabinet’s performance agreements. These agreements ensure that ministers and deputy ministers are held accountable for their performances and help root out malfeasance.

The DA’s John Steenhuisen said Mthembu's family and the ruling party had lost a generous man.

“On behalf of the DA, I would like to extend our sincere condolences to his family, his friends and his party. You have lost a generous man with a big heart and an even bigger sense of humour. To say that Jackson was much loved would be some understatement,” Steenhuisen said.

Having served in parliament with Mthembu, even on opposite sides of the political divide, Steenhuisen said he knew him “as a man of integrity, and someone who managed to see the bigger picture and the greater cause”.

“He was always prepared to do what it took to find solutions to whatever impasse we might have been facing in the house. If this meant meeting up long after the working day was done to thrash out the details of an agreement, then Jackson would do so in a heartbeat.”

The African Transformation Movement called on South Africans to honour Mthembu by adhering to the lockdown regulations.

The party’s spokesperson Sibusiso Mncwabe said Mthembu played an important role in the national coronavirus command council which was steering the government’s fight against the pandemic.

“ATM further acknowledges his work in the national coronavirus command council (NCCC), which portrayed his unwavering efforts and contributions in the active fight against the coronavirus pandemic that has engulfed the world,” Mncwabe said.

“In honour of the late minister, ATM pleads with all South Africans to observe and adhere to all lockdown regulations as published by the government, to ensure that we come out victorious in this fight.”