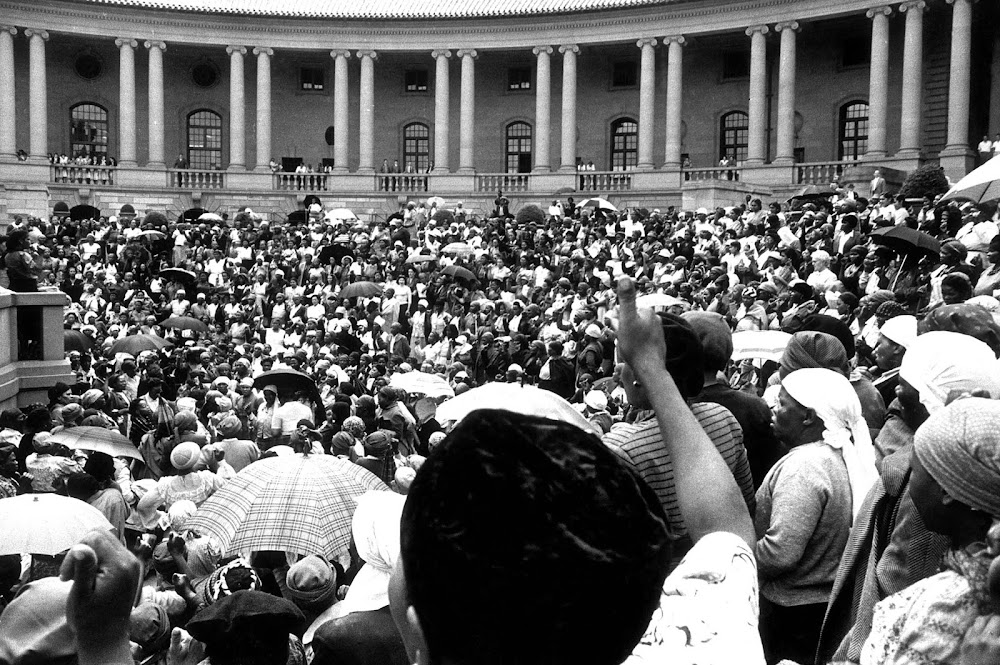 Today marks the 64th anniversary of the heroic 1956 women’s march to the Union Buildings, then the nerve centre of the apartheid state.

The march helped to shape the liberation movement’s progressive approach to the gender question and inspired the programmes our country has pursued to empower women since the dawn of democracy.

Since 1994, great strides have been made to formulate and implement policies to improve the lives of women and to place the girl-child on a better footing than her predecessors.

More needs to be done to liberate women (and men) from the stultifying morass of patriarchy. A cursory statistical glance on the status of women today cries out for a renewed and accelerated focus on improving the lives of women.

For instance, while women account for 51.2% of the South African population, the Commission for Employment Equity has pointed out that they comprise only 45.3% of the economically active population. Six out of 10 occupations employ more men than women, with the same pattern repeating itself in eight out of 10 economic sectors.

Mining, SA’s pioneering economic sector, employs 17% women while construction employs only 12%.  The unemployment rate among women of all races averages at 43.4%.  Black African women make up 48.2% of the unemployed while Coloured, Indian and White women stand at 30.0%, 24.2% and 10.5% respectively. In contrast, unemployment among men stands at 36.5%.

The gender employment gap is particularly wide in the primary (agriculture and mining) and secondary (manufacturing, utilities and construction) sectors of the economy.

To add insult to injury, women are still paid less for doing the same job as men in 2020

To add insult to injury, women are still paid less for doing the same job as men in 2020 in a SA whose constitution enjoins all to construct a non-sexist society.

The public sector takes the lead on women empowerment, with provincial governments boasting 60.2% of women representation. This welcome lead is an example from which other sectors should advisedly learn.

These figures illustrate the gap and imbalance in the distribution of life-sustaining opportunities, goods and services among men and women.

Our preoccupation should not be about cataloguing depressing statistics on the status of women. We must commit to changing the conditions of women for the better in word and in deed.

The newly formed non-partisan advocacy group, Women of SA (WoSA), of which I am a proud member, is campaigning for the:

Since women’s issues are wide ranging, the foregoing is but a minimum programme. For instance, WoSA believes that incidents of violence against women, which also result in horrendous femicides, must be met with sustained unapologetic condemnation, the naming and shaming of perpetrators and their criminal prosecution.

There should be no place for the odious and barbaric practice of women and children abuse in 21st century SA.

“The emancipation of woman,” wrote an 18th century political economist, “will only be possible when woman can take part in production on a large, social scale, and domestic work no longer claims anything but an insignificant amount of her time.”

Consistent with this truism, the gender struggle in our country must also emphasise the importance of education and the economic empowerment of women as a sine qua non for their emancipation.

It is also evident that to defeat patriarchy and its ugly manifestations also requires addressing society’s consciousness on the gender question in the short, medium to long term. One enabling vehicle in such an endeavour is undoubtedly the school. As a cultural centre, the school promotes values and the postapartheid school should help to nurture the progressive perspectives enshrined in the constitution such as non-sexism, non-racism, democratic accountability and others.

Indeed, while we should continue to challenge sexist bigotry among current generations, the schooling system should help us to shape, so to speak, a new South African and citizen of the world.

WoSA takes umbrage at the continuing archaic practice of gender-based unequal remuneration. It is a form of violence; economic violence against women to be specific. Together with unpaid domestic work, it illustrates the taken-for-granted burden that women carry on their shoulders. It is high time that these phenomena are addressed via the policy and legislative avenues.

Accordingly, WoSA is also calling for the re-tabling of the women’s empowerment and gender equality bill which was withdrawn from parliament in 2016.

The bill sought “to establish a legislative framework for the empowerment of women, align all aspects of laws and implementation of laws relating to women empowerment, and the appointment and representation of women in decision-making positions and structures,” among others.

However, as will all legislative advances, the success of the law will still depend what women themselves do. This is what responsible citizenship is about. Besides, the struggle against all forms of oppression has never been achieved through meekness and acquiescence.

Listen to the after remarks by the African-American anti-slavery activist, Frederick Douglass, which he made as part of his “Emancipation” speech in August 1857: “Power concedes nothing without a demand. It never did and it never will. Find out just what any people will quietly submit to and you have found out the exact measure of injustice and wrong which will be imposed upon them, and these will continue till they are resisted with either words or blows, or with both. The limits of tyrants are prescribed by the endurance of those whom they oppress.

“Those who profess to favour freedom and yet deprecate agitation are men [and women] who want crops without ploughing up the ground; they want rain without thunder and lightning. They want the ocean without the awful roar of its many waters.”

This has been the experience of all struggles for social justice. Those at the receiving end either submit or fight. For WoSA, submission is not an option and we will remain vigilant to safeguard the gains of the women’s struggle.

• Mashile-Nkosi is a member of the newly formed WoSA and executive chairperson of Kalagadi Manganese, a mining company in Johannesburg.