WATCH | 'Do you beat your wife?' Malema leaves parliament after claims and counter-claims

One of SA's top matriculants moved out of home, lived alone to prepare for final exams 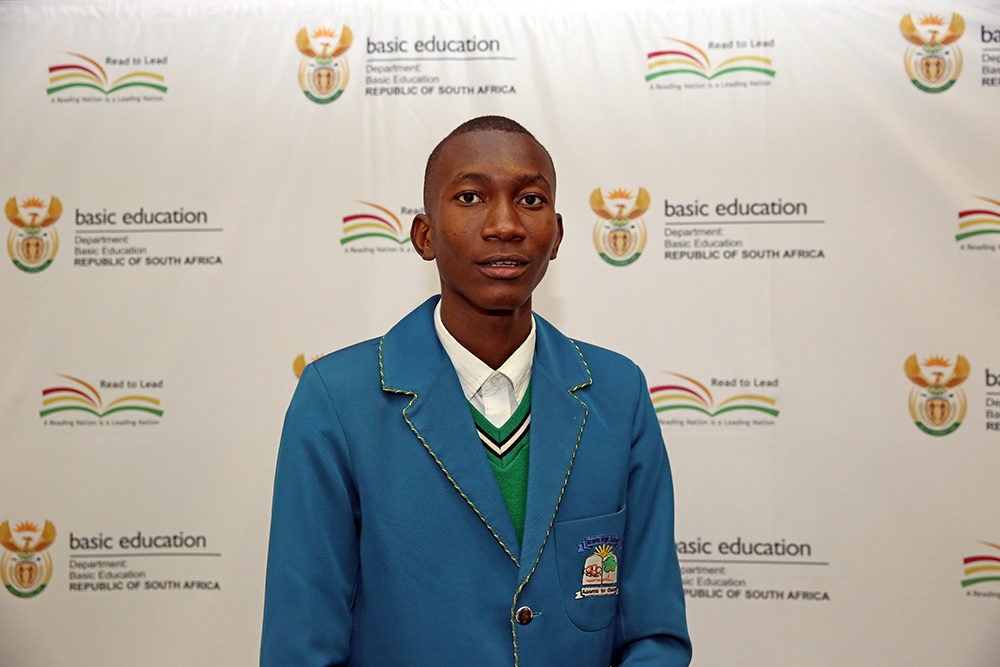 Fortune Khoza, of Acorn to Oaks Combined School in Bushbuckridge, Mpumalanga, changed schools and moved out of home to prepare for the biggest year of his schooling career.

On Tuesday he realised his hard work had paid off as he was among the top 33 out of more than 700,000 matriculants in the country who were honoured by the department of basic education.

The group of top achievers had a breakfast in their honour with basic education minister Angie Motshekga.

Khoza said he had moved to another school because he believed it would give him better opportunities. This school was quite a distance from his home.

“I had to find a place where I could stay. I rented a one-room house where I was staying with another guy, a friend. We were studying together but at one point, he went to the school camp and I decided not to go. They were on a different pace than the pace I was working on,” Khoza said.

During this time he studied, cooked and cleaned for himself.

“I was not good in maths but I was good in other subjects. I went to get help from a guy called Harvey. He assisted me.”

Khoza said he tried to remain a step ahead of his classmates.

He managed to finish going through the maths syllabus for his matric year by the end of 2018. This was shortly after he passed grade 11. He finished the physical syllabus by January 2019.

“My accounting teacher was a dedicated teacher. He managed to finish the syllabus by February and we were just going through [previous year final] papers,” Khoza said.

Deputy education minister Makgabo Reginah Mhaule took to the podium and said in September she had visited a school in Mpumalanga where Khoza was among the pupils.

Mhaule said when she asked which pupils believed they would be among the top matric achievers to be honoured, Khoza had lifted up his hand.

On Tuesday, Mhaule said Khoza had reminded her of the promise he had made that he would be there.

He was hoping to studying  actuarial sciences at the University of Cape Town.

“I see myself being an actuary at the Airports Company South Africa,” Khoza said.

Alfa Romeo to celebrate its 110th anniversary this June

Disappointing start to new-vehicle sales in 2020

Drew Brees To Saints Fans: 'Let's Make Another Run At It'

I do not feel unloved by opposition fans, says Djokovic

A rising Bloomberg qualifies for US Democratic debate

Tips for Tito: State of retirement savings needs to be re-evaluated by legislators

Dortmund make Can move from Juve permanent with contract to 2024