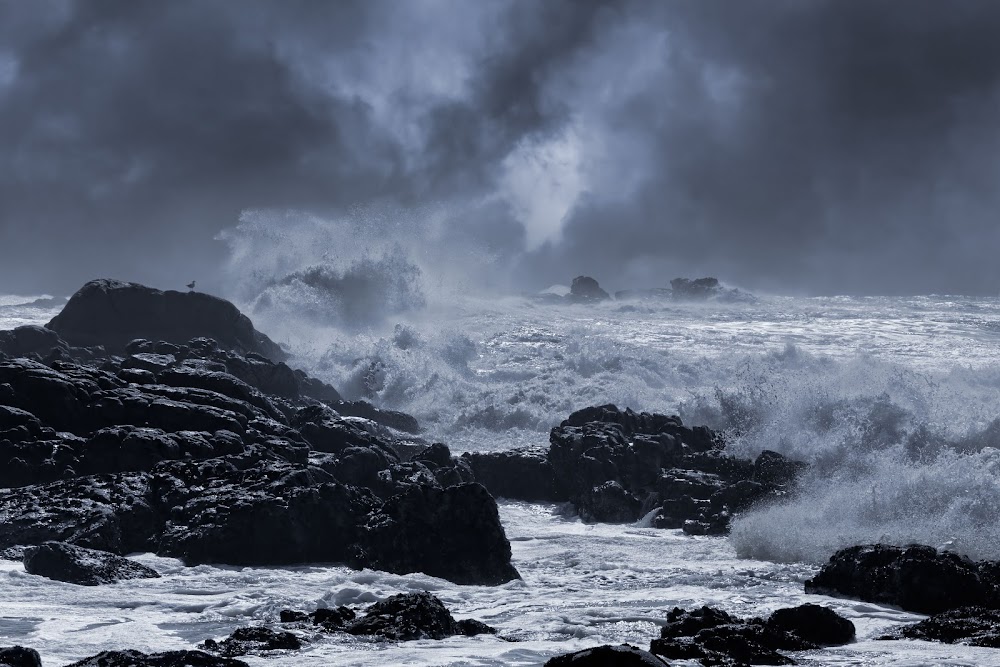 Emergency rescue and oil spill response teams are on standby after a crippled Chinese crude oil tanker narrowly missed being wrecked on the Wild Coast because of engine problems.

The 333m-long supertanker Yuan Hua Hu ran into trouble near Port St Johns on the Eastern Cape coastline earlier this week while sailing from Singapore to Angola.

The SA Maritime Safety Authority (Samsa) said there was no immediate risk to the safety of the crew, the ship or marine environment as a standby salvage tug from Durban now had the oil tanker under “static tow”.

Samsa deputy chief operations officer Capt Vernon Keller said this meant that the tanker had its front anchor line deployed to the sea bed while its stern was secured by cable to the African Marine Solutions (Amsol) salvage vessel Siyanda. This was to help ensure that that it was not blown ashore or swung around by swells or wind along a stretch of coastline notorious for rough weather and numerous shipping accidents and drownings over the centuries.

Keller said that though the Siyanda had the tanker secured for now, a much larger rescue tug, the Pacific Dolphin, had been deployed from Cape Town and was due to arrive at the scene early on Saturday.

The Siyanda is rated for 90 tonnes of bollard pull (a mathematical measure of a vessel’s pulling or towing power), while the much larger Pacific Dolphin is rated for 220 tonnes.

Keller said the ship and its 27-strong crew were currently “100% safe” and floating in 35 metres of water.

However, if for any reason the tanker broke free and ran towards shore before the arrival of the Pacific Dolphin, the rescue/salvage crew would flood the ship’s ballast tanks with water as an emergency measure.

If this happened, it meant that the ballast tanks could be emptied of water, thereby allowing the vessel to be lifted and floated off rocks or the beach more easily at a later stage.

Fortunately, said Keller, the vessel isn't carrying a cargo of crude - but it is nevertheless carrying about 4,000 tonnes of bunker fuel. As a result, an oil spill response company is on standby in Port Elizabeth, while a helicopter team from Cape Town can also reach the scene within six hours.

“The department of forestry, fisheries and environment placed their tier 1 oil pollution response team and a Smit International salvage team is on alert, ready to deploy from Cape Town,” said Samsa in a statement.

“Samsa remains in direct communication with the vessel owner representatives and the master, who is providing their full cooperation to contain the threat to the South African coastline.”

Keller said it appeared that the vessel had suffered damage to engine shaft seals and because this damage could not be repaired at sea, it would be necessary to tow it to Durban.

The Yuan Hua Hu is a relatively new vessel. According to the FleetMon shipping data collection group, it was built in 2015.

There have been several shipping related oil spills off the South African coast over recent decades, including the MV Apollo Sea, a Chinese-owned bulk carrier that sank near Cape Town in June 1994.

Leaking oil from the sunken vessel caused a major environmental disaster, which resulted in the deaths of thousands of seabirds, including endangered African penguins.  Over 10,000 penguins were collected and cleaned. Of these, about 5,000 reportedly survived.

In June 2000, the bulk ore carrier MV Treasure sank off the west coast between Dassen and Robben islands, which support the largest and third largest colonies of endangered African penguins.

Researchers at the University of Cape Town (UCT) reported that more than 19,000 penguins were oiled - almost twice the previous highest number of seabirds oiled during a single event in southern Africa. About 2,000 died within a month, while about 4,000 orphaned chicks also died.

Up to 20% of the Bank Cormorants at Robben Island, the third largest colony in South Africa, also died.