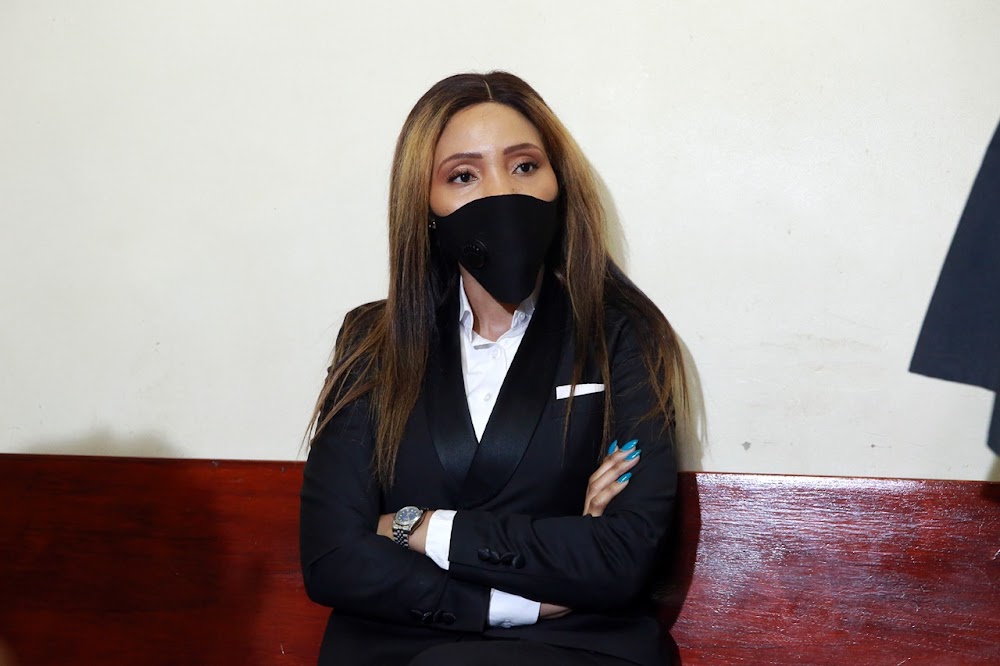 Norma Gigaba, the wife of former cabinet minister Malusi Gigaba, may return to her marital home after spending the weekend at a friend's residence.

This was approved by the magistrate's court in Hatfield, Pretoria, on Monday.

The case against her, on charges of malicious damage to property and crimen injuria, has been postponed to September 14.

The matter is expected to be transferred to the regional court because the amount of damage allegedly caused by her is more than R100,000.

Wearing a black pencil pants suit, styled hair and blue nail varnish, she was flanked by advocates Dali Mpofu and Tembeka Ngcukaitobi and attorney Victor Nkwashu on arrival at court.

She arrived in a black Jeep.

After the brief hearing, Nkwashu said the bail hearing at the weekend was told about a possible charge of assault but it wasn’t mentioned in court on Monday.

Gigaba's legal team intends to bring a civil matter to challenge the validity of her arrest.

“From the time the matter was investigated by the Hawks, they had visited her house multiple times. They came to her house late on Friday afternoon, and one wonders why that happened,” Nkwashu said.

Regarding his client's state of mind, Nkwashu said: “She’s a bit traumatised because of spending a winter night in custody away from her children. She was coughing a lot on Saturday but she is in good health.”

Her husband was not seen at court.

Present to support Gigaba was Brenda Madumise from Wise 4 Africa, an advocacy group focusing on how the criminal justice system deals with women.

Madumise also questioned the manner in which Gigaba was arrested and the use of state resources.

“We are saying apply the rules correctly and be consistent,” Madumise said.

Gigaba was arrested on Friday night in the presence of her 48-year-old husband at their home in Waterkloof, Pretoria.

The mother of two allegedly damaged a high-end car her husband had been using after borrowing it from a friend.

She was released from the holding cells at Brooklyn police station in Pretoria on Saturday.

Nkwashu confirmed at the weekend that the 40-year-old had been released on R5,000 bail.

A source told the Sunday Times a threat on the former minister's life had been uncovered in June.

When Gigaba allegedly attacked the car two weeks ago in what other sources said was a “jealous rage”, the Hawks used the opportunity to establish her involvement in the alleged conspiracy.

“The threat on Malusi Gigaba's life was reported to the Directorate for Priority Crime Investigation [the Hawks]. A team was assembled to look into these allegations. Intelligence was collected and the allegations were found to be credible,” the Hawks source told the paper.

#NormaGigaba has arrived at the Hatfield mag court where she faces charges of criminal injuria and malicious damage to property @SowetanLIVE pic.twitter.com/2rh2aYG2Pd

The R3m black Mercedes-Benz G63 AMG “G-Wagon” had been lent to her husband by his close friend, trade unionist and businessman Peterson Siyaya.

The 40-year-old is said to have gone on a rampage in which she allegedly left deep scratches in the Mercedes.

The police docket indicates the damage inflicted on Siyaya's car was so severe it would cost about R500,000 to repair.

The Sunday Times further reported that Gigaba also allegedly trashed her husband's study, and called Siyaya on the phone to threaten and insult him.

Siyaya also laid a complaint of crimen injuria against Gigaba.

Her husband previously served as minister of home affairs, public enterprises and of finance after becoming an ANC MP in 1999.

He resigned as a minister and parliamentarian under a cloud in November last year. Scandals included the leaking of a sex tape and him being found by the public protector and the courts to have breached the executive ethics code by lying under oath.

Gigaba was deployed by the ANC last year to a national task team to reboot the party's Youth League and convene a conference to elect new leaders.