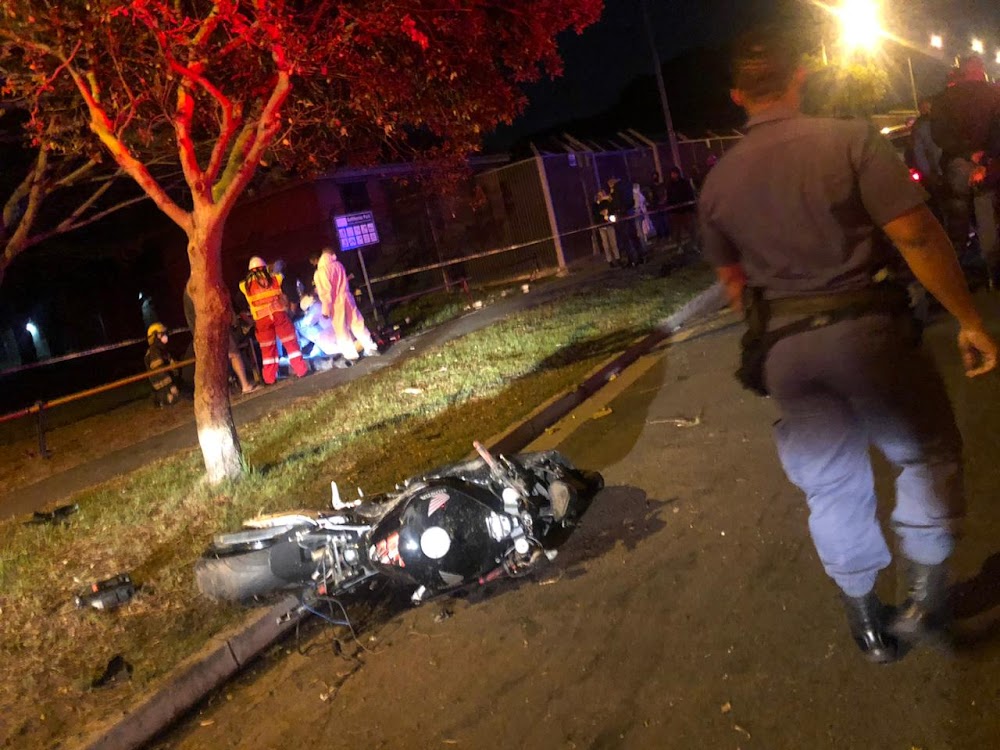 Twelve hours after the ban on booze sales was lifted, a motorcyclist died after ploughing into a stationary vehicle as its occupants allegedly drank alcohol on the roadside.

Yusuf Sedick, 24, a truck driver from Lansdowne, in Cape Town, was on his way from work around 9pm when he collided with the car.

The vehicle sped away after the crash but was found later, allegedly containing bottles of booze. A case of culpable homicide is under investigation.

Yusuf's father Ashraf Sedick said his family was distraught. He believes that after his son hit the car, he was dragged away from the scene onto a field nearby.

"There were four people sitting on the side of the road drinking when he approached.

"He hit the corner of the car and fell over it. These guys [allegedly] picked him up and dragged him into the field and tried to conceal the body.

"They then sped off and left him there, but we found out where the car is and when we confronted them the police took over. The entire car was full of alcohol."

He said the family did not drink alcohol and the death of his son in an alcohol-related incident was traumatic and upsetting.

"We are hurt to have lost him this way," he said.

The family has opted to have an independent autopsy performed into the cause of death.

"He was one guy who would never say no to his friends. We are the stereotype biker guys who hang out and go out for late-night rides. He was always a cheerful guy, making us laugh," he said.

"He was on his way from work. He was a hard-working youngster. He would spend time with his dad and did things right. There's no way I can fault him.

"He had a lot of cats - that's one thing that makes him stand out.

"It was so sad seeing him lay there in the cold."

Police spokesperson Capt FC van Wyk confirmed on Tuesday that a culpable homicide case had been opened in connection with the incident in Belgravia Road.

"Anyone with any information about this fatal accident is kindly requested to contact Crime Stop on 08600 10111 or the investigating officer Detective Warrant Officer Herman Meisenheimer at 021 700 9000," he added.

The lifting of the booze ban on Monday - initially introduced partly to help reduce hospital trauma admissions during the coronavirus pandemic - was greeted by many with jubilation, but also concern in some quarters.

As the country entered level 3 of the lockdown, millions of people also returned to work and travel restrictions were eased.

A bill released by the transport department on Monday seeks to totally ban the use of alcohol by vehicle operators. The document stated that the intention was to “enhance road traffic safety”.

It proposes to amend section 65 of the National Road Traffic Act by stating that no person on a public road may drive a vehicle or occupy the driver's seat of a vehicle, the engine of which is running, while there was any concentration of alcohol in any specimen of blood taken.

Speaking to radio 702 on Tuesday morning, Lesia said during level 5 of the national  lockdown the hospital’s trauma unit was empty.

“In 24 hours in our trauma units, we have observed that the number of patients has now increased. On May 31 we only saw 66 trauma patients, but within 24 hours the number almost doubled yesterday,” she said.

“The majority of patients were actually drunk. We have seen patients with stab wounds, gunshot wounds and general assault.”

She said this posed a major challenge as trauma cases could "hijack" care needed for Covid-19 patients.