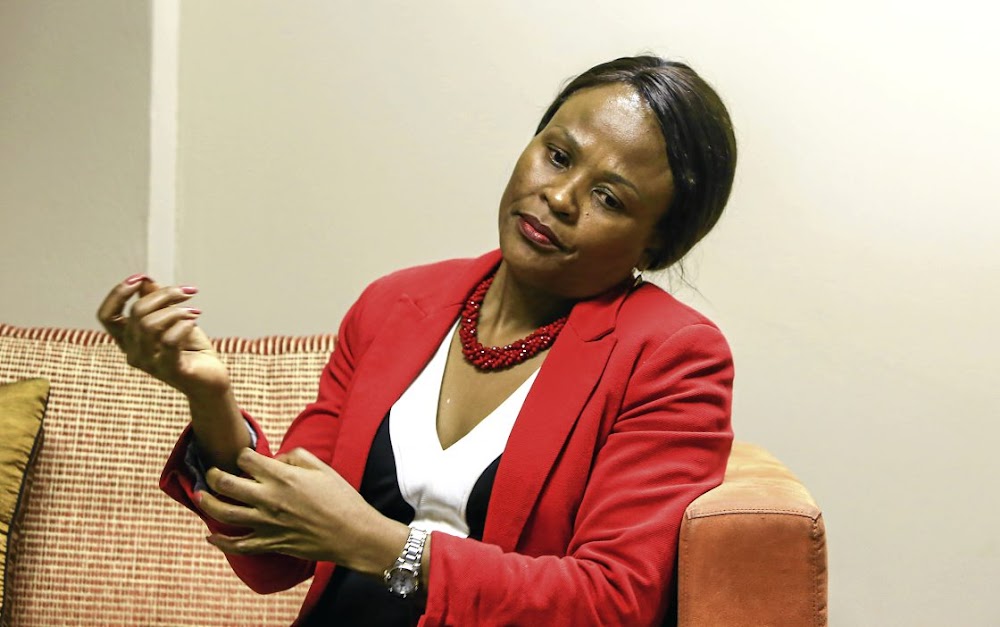 When Public Protector Busisiwe Mkhwebane investigated a complaint against President Cyril Ramaphosa “she had a particular outcome in mind”, his counsel told the Constitutional Court on Thursday.

But when facts were put to her that went against that view, “they were inconvenient”.

“They were discarded. This is an abuse of public office,” said Tembeka Ngcukaitobi SC, counsel for the president.

The president and Mkhwebane were facing off in the highest court about her report into a complaint about whether he misled parliament when he answered a question about a R50,000 payment by Bosasa’s Gavin Watson.

However, Mkhwebane’s report went much further than the Watson payment, ultimately investigating the whole of the #CR17 campaign which saw Ramaphosa elected president of the ANC in 2017. She revealed that millions of rand – over R200m, she said in her heads of argument – was received by the campaign, and remarked that it exposed the president to “the risk of some sort of state capture”.

She detailed the movement of the monies between different accounts and directed that Ramaphosa disclose the details of the donations and the names of the donors. She found there was merit in the suspicion of money laundering – “a devastating finding to make of the president of any country”, said Ramaphosa’s other senior counsel, Wim Trengove SC.

The high court set aside her report in its entirety, and sternly rebuked her for some of her findings. The public protector, supported by opposition party the Economic Freedom Fighters, then applied to the Constitutional Court to overturn the high court order.

The high court had found that under the constitution and the Public Protector Act, the public protector’s jurisdiction was limited to state affairs and public administration and so she did not have jurisdiction to investigate the #CR17 campaign, which was an internal party matter. Mkhwebane had also not shown, on the facts, that Ramaphosa had directly benefited financially from the CR17 donations, it said.

At the Constitutional Court, Mkhwebane’s counsel, Muzi Sikhakhane SC, said the high court had adopted too narrow an approach to “state affairs”. The state was not the same as the government, he said. A campaign by the deputy president that was directed at him securing the presidency of his party and ultimately of the country fell within “state affairs”, he argued.

“This is money given to an individual to compete with his colleagues in his party so that he can win,” said Sikhakhane.

Asked by the bench whether this would apply to opposition party members also, Sikhakhane said it would – because it was someone seeking to get hold of the levers of state power.

He said the high court “got it wrong” when it equated state affairs with organs of state. State affairs included elections, and in an electoral system based on party lists, it must include internal party campaign funding, he said.

But Ngcukaitobi argued that “state affairs” focused on the nature of the conduct, not necessarily the person doing it. If the conduct was by a private party, it must be engaged in a public activity or using public funds to qualify as “conduct in state affairs”. State affairs did not include internal political party funding.

He said that the question for the court in a review case like this was not whether there was, in principle, a duty to disclose internal political party funding. The question was whether Mkhwebane’s conclusions and how she arrived at her conclusions were rational – this depended on the facts of this particular case, he said.

He said that in this particular case, the CR17 campaign was an autonomous campaign, run by others and from which Ramaphosa was deliberately kept far. It was for the benefit of some 80 people who were to be elected to the ANC’s National Executive Committee. None of the money flowed to him personally; in fact, he donated R31m to the campaign and then a further R6.2m, only R21.5m of which was repaid as loans.

When these key elements of the campaign were put to Mkhwebane as facts, “she completely disregarded them”. Instead she found that he had indeed personally and directly benefited, he said.

While the court may think that there might have been some indirect benefit, what they were required to assess was her thinking and not their own.