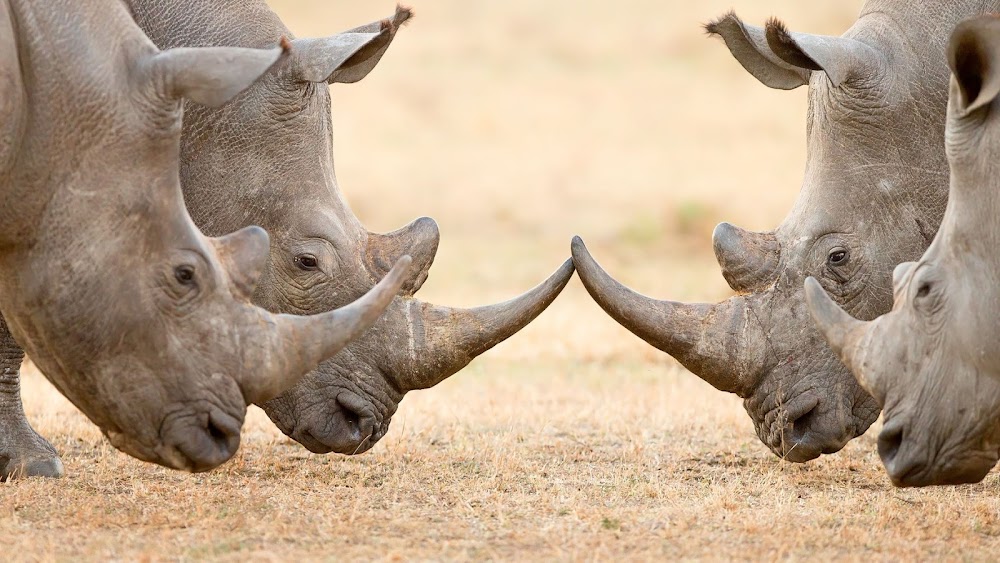 The environmental affairs department says the lockdown has resulted in a significant drop in rhino poaching.

Since the lockdown was put into place in March, fewer rhinos have been poached countrywide, resulting in the fewest rhinos poached in the Kruger National Park in a single month since September 2013.

The department's spokesperson, Albi Modise, told TimesLIVE that the travel restrictions had disrupted the supply chain.

Modise said the closure of borders removed the key routes that poachers used to supply horn to transit and consumer countries. "The lockdown suffocated the market,” said Modise.

In a recent statement, environmental affairs minister Barbara Creecy said 14 rhinos were poached across the country during April, the first month of the lockdown, compared to 46 in March and 61 in April last year.

South Africa's national parks are closed to tourists during the lockdown. Creecy said this has an impact on poaching as poachers are now unable to use "drive-in and drop-off" tactics to poach rhinos for their horns.

She said five rhinos were poached in the Kruger National Park during April. In KwaZulu-Natal, six were poached, two were killed in Mpumalanga and one in North West.

“Significantly, not a single rhino has been lost in the intensive protection zone of the Kruger National Park since the start of April. This has not happened in this particular part of the greater Kruger area in a single month since 2007,” Creecy said.

“The sharp decrease in rhino poaching in the Kruger National Park last month comes after the park recorded that the number of births equalled the combined natural and poaching deaths for the first time in five years by the end of 2019.”

Creecy noted that while the lockdown was still in place, intrusions into the Kruger National Park by rhino poachers still continued.

She said between January and April this year, 33 poachers were arrested and 20 firearms were confiscated.

“The dedication of essential staff, particularly our rangers, anti-poaching and canine (K9) teams who remain on high alert in all our national parks during the Covid-19 national lockdown, is to be commended,” said Ceecy.

TimesLIVE reported last month that six rhino horns had been seized and three people arrested during an intelligence-driven raid on a house in Mpumalanga.

During the arrest, a sizeable amount of cash, three vehicles and a number of hunting knives were also found.