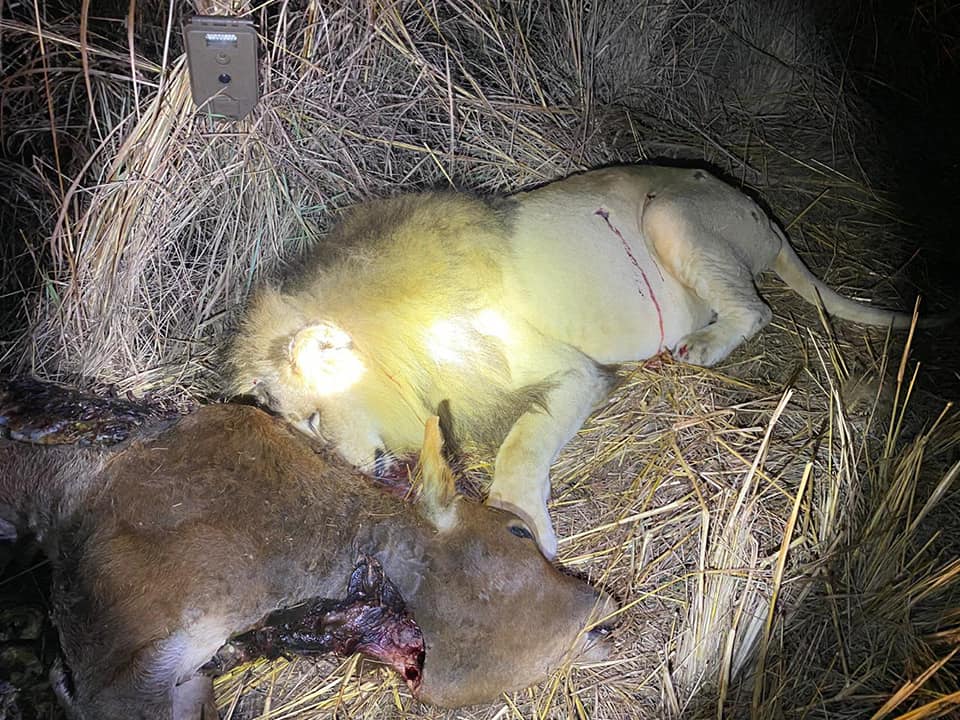 A large male lion was finally shot and killed in northern KwaZulu-Natal on Sunday, bringing to an end a three-month long search for the predator.

It was a case of the hunter becoming the hunted when the animal was gunned down by a farmer in Dundee, near Nquthu, after terrorising the local community and attacking his livestock since escaping from a nearby reserve earlier this year.

In February, TimesLIVE reported that a lion had been captured on camera just outside Dundee.

Days later Ezemvelo Wildlife staff attempted to lure in the big cat with a carcass, but this proved futile.

In a statement on Sunday, economic development and tourism MEC Nomusa Dube-Ncube said the search for the animal had been ongoing for months, and killing it was the last option.

"Rural communities, already under a huge yoke of poverty, have had to bear the brunt of this lion, which wiped away any possible reserves as livestock is part of the economy of rural people."

She said the seriousness of the situation prompted the department, through Ezemvelo Wildlife, to conduct an investigation to determine whether it was necessary to issue a permit to kill the animal.

"A permit for depredation purpose was issued to the local farmer whose livestock was also attacked by the lion."

Dube-Ncube confirmed it was the same farmer who killed the lion on Sunday.

"Once again I wish to assure the farming community, traditional leaders, leaders of society and local communities that their safety and the protection of their livestock is our priority. We are encouraged by their co-operation," she said.

In March, Times Select reported that Swelihle Biyela, 28, was attacked on November 3 while on his way to fetch his cows in KwaYanguye, 30km away from Hluhluwe-iMfolozi Park.

Life expectancy could decrease in SA as GDP drops due to Covid-19: report

The doors at Newlands will only slam shut next year

What happens next with UK plan to breach Brexit divorce treaty?

Is Action SA the change SA needs? Mzansi weighs in as Mashaba registers party with IEC