Life on hold: Man's 12-year battle to get his identity document 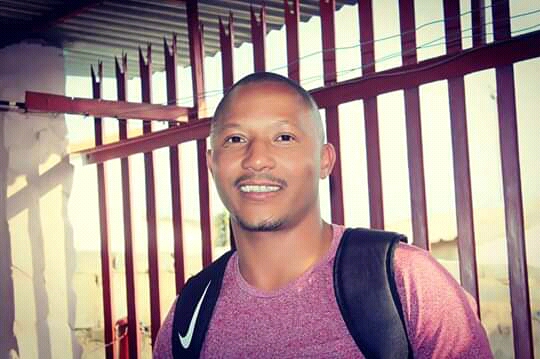 For 12 years Clinton Adams, 34, hasn’t had an identity document.

The father of two has not been able to open a bank account or access social grants.

When Adams and his younger brother applied for their green ID books, they allege something went wrong and their details were swapped.

The Johannesburg brothers claim they, together with their mother, applied for their IDs at the department of home affairs in 2008. Adams’ ID was issued with his brother’s date of birth and name, but with his picture.

“When we saw it was wrong we tried to fix it, but home affairs said  there’s nothing they can do. Years later I applied for a smart ID card, thinking the problem would be fixed. When I got it, it had the same mistake,” Adams said.

He applied for his smart ID card in 2016 and has since then been trying to fix the mistake.

Adams said officials at Johannesburg’s inner-city home affairs office told him he needed to go to Pretoria to fix the error. There, he said was told he needed to get documents from the hospital in which he was born to prove he was a South African citizen, and had to supply details of his primary school.

He’s since been sent from pillar to post, he said.

“Aside from having to pay for the wrong IDs, I’ve spent almost R3,000 just on taxi fares trying to fix this. I’ve tried everything. I’ve just given up hope. I can’t even open a bank account,” Adams said.

Unable to find work because he was too scared to produce the wrong ID, Adams recently developed a good relationship with a company that hired him and made an alternative arrangement to pay his salary.

His younger brother, Cavin, who is in prison, doesn’t have an ID and is using his  birth certificate.

Adams said this has severely impacted his life, putting many of his plans on hold.

“I can’t register my children in my surname. If this isn’t sorted when I get married, my fiancée will end up being married to my brother. According to the government, I’m Cavin and Clinton has been deleted from the system. I don’t exist. I want to fix it so  I can be myself,” Adams said.

When TimesLIVE contacted the home affairs department a week ago, they launched an investigation.

The department's Siya Qoza said according to their records, one person applied for an identity document using two different ID numbers.

Adams said he and his brother were together when they applied for their IDs, and denied that only one of them applied for an ID using two different ID numbers.