Ineos Grenadier 4x4 aims to turn back the hands of time 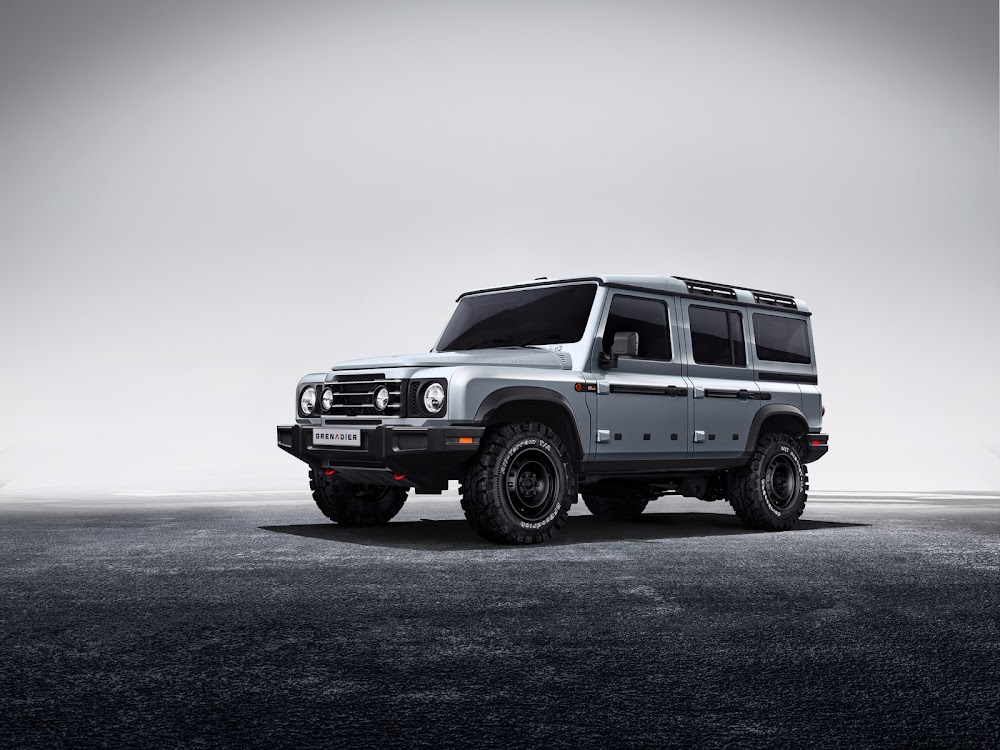 Ineos Automotive is a British chemicals firm that’s engaged in a new automotive venture to bring a bare-bone, no-frills 4x4 vehicle to market. The Ineos Grenadier is nearly the spitting image of the previous generation Land Rover Defender which was sent to pasture in 2016 after a continuous run of 67 years.

But not everyone is happy with the latest iteration of the modern and hi-tech new Defender, which doesn’t inspire confidence in diehard Defender fans who don’t aspire to splash out over a million rand for a car meant to trade blows with harsh conditions.

Enter Ineos Grenadier, designed to “meet the demands of owners who seek a rugged, capable and comfortable go-anywhere working vehicle”, according to the firm.

“The brief was simple. We set out to design a modern, functional and highly capable 4x4 vehicle with utility at its core. A design that is ‘easy-to-read’, with no ambiguity about the Grenadier’s role in life,” said Toby Ecuyer, head of design at Ineos.

“Modern engineering and production techniques ensure the Grenadier is highly capable, but we have been able to stay true to the essence of creating a utilitarian vehicle that will stand the test of time.”

It will be built on a ladder-frame chassis and feature permanent four -heel drive and solid axle suspension, and will be powered by latest-generation BMW engines.

“You can’t be completely retro in the 21st century, so the powertrain will be state of the art and all the safety systems will be there

The Grenadier is being developed with the support of Magna Steyr, the Graz, Austria-based heavyweight engineering gurus who gave the world the Mercedes-Benz G-Class.

Going against the automotive grain, Ineos is testing Grenadier prototypes in plain sight of the final product instead of the camouflaged mule route favoured by many a car brand. The company says it plans to put on about 1.8 million test kilometres over the coming year before the Grenadier goes into production in late 2021.

Dirk Heilmann, Ineos Automotive’s CEO, said: “We are delighted to be able to share the design of the Grenadier so early in the process. Most manufacturers would hold back, but we are a new business, building a new brand, and we want to take people with us on this exciting journey.”

Sir Jim Ratcliffe, chair of Ineos, says the Grenadier project started by identifying a gap in the market abandoned by a number of manufacturers for a utilitarian off-road vehicle. The departure of the Land Rover Defender does not signal the Grenadier will have the market all to itself. Toyota still produces the hard-as-nails Land Cruiser and the Mercedes-Benz G-Class still roams the lands.

The plan is to launch the Grenadier locally in early 2022, backed up by a service network and parts supply.