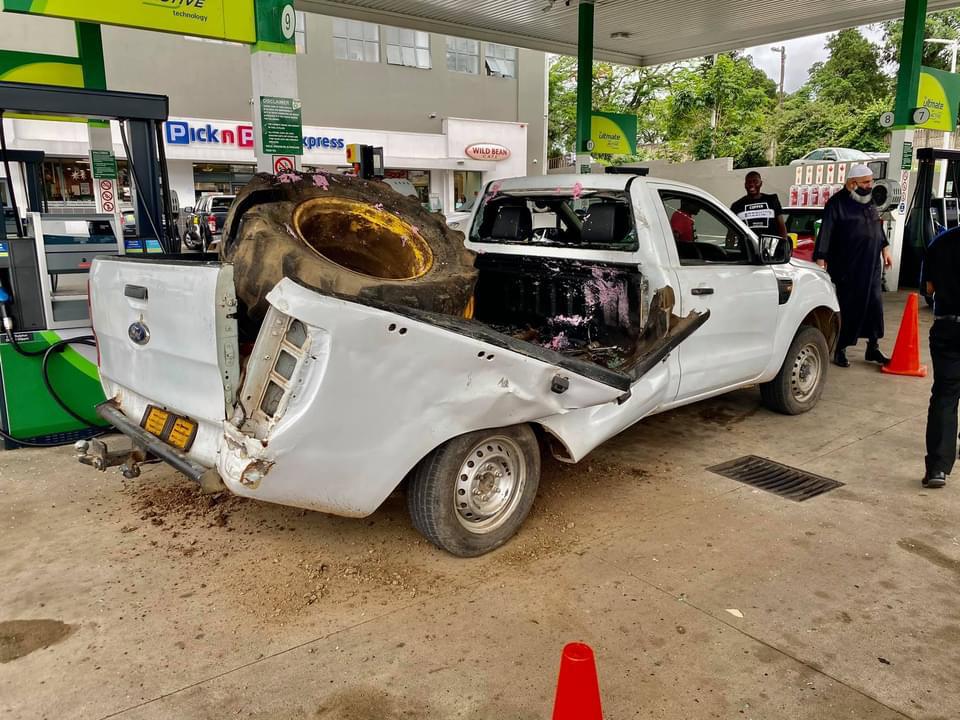 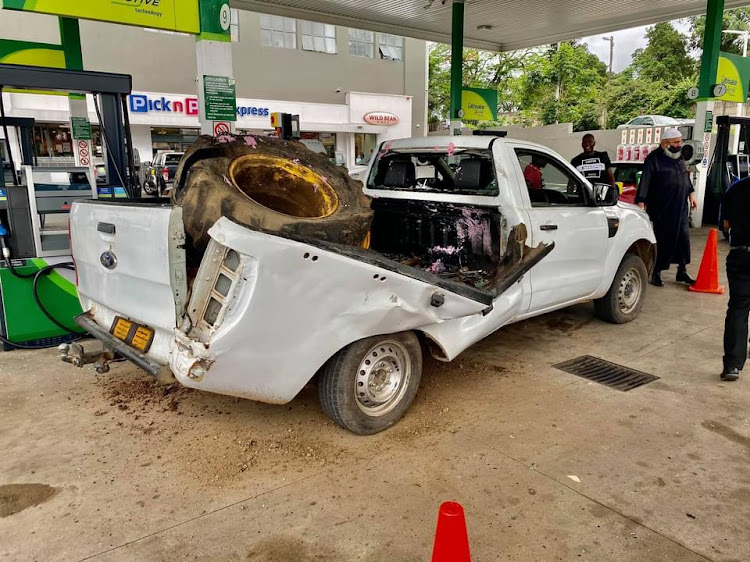 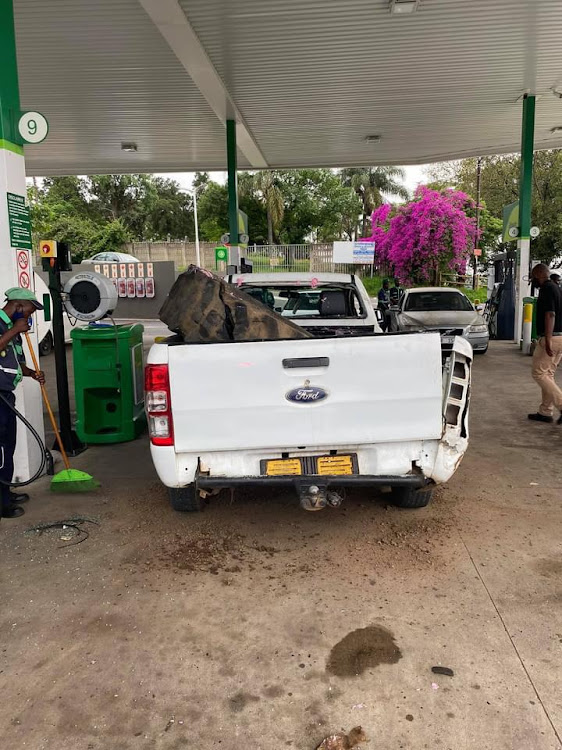 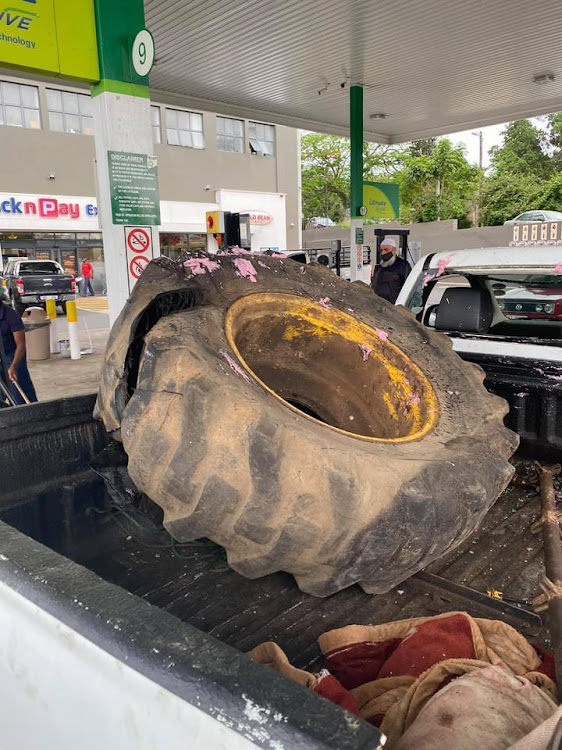 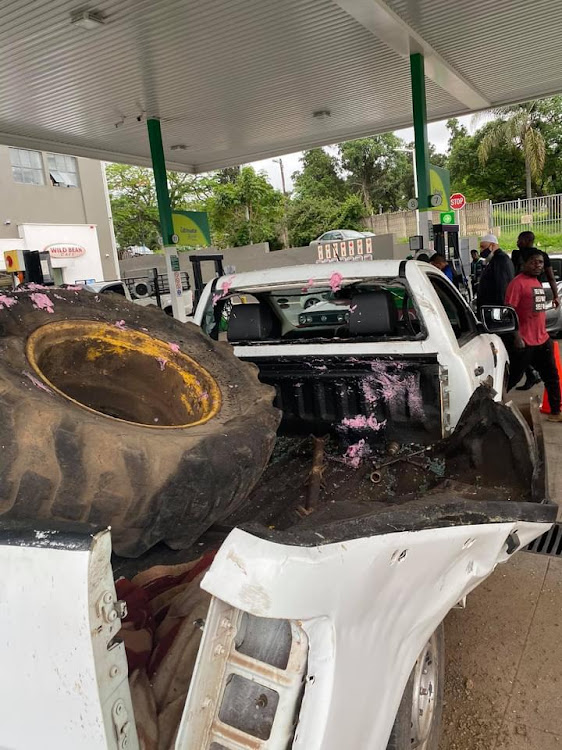 Motorists at a service station in Verulam, north of Durban, would have been ducking for cover on Monday after sounds of a massive explosion rang through the main road of the CBD.

This after a Ford Ranger bakkie was extensively damaged when a tractor tyre it was carrying exploded while being filled with air.

According to Reaction Unit SA (Rusa) one of their members was alerted to the incident after the explosion.

“On investigation it was established that the driver of the Ford Ranger was in the process of filling air in a tractor tyre that was loaded at the rear of his bakkie when the explosion occurred. The windows of the vehicle shattered and the bin was extensively damaged. No injuries were reported.”