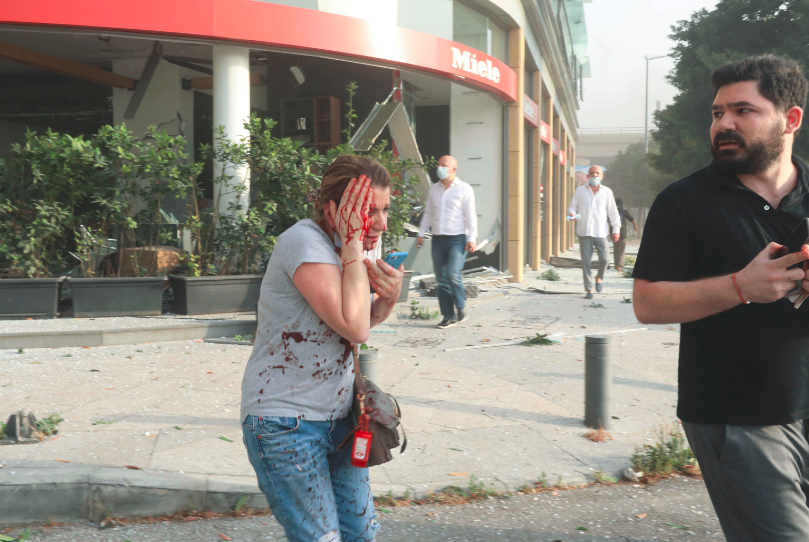 A former South African resident now living in Beirut, where an explosion on Tuesday evening killed at least 25 people and injured more than 2,000, said she felt her building shake when the blast went off - even though she lives about 4km away.

Speaking to TimesLIVE, Nathalie Bucher - who lived in SA for 15 years before moving to the Lebanese capital - said she was at home in a neighbourhood that borders on the Beirut municipality. Her flat is about 4km from the port area where the blast occurred.

The explosion shattered glasses in people’s homes and caused apartment balconies to collapse. Visuals also emerged of vehicles having overturned as shockwaves ripped through the city.

“I suddenly felt the building I live in shake. It is 70 years old and sturdy. My first thought was that this is an earthquake. Lebanon lies on a faultline. But then, even though some things fell off the shelves, I realised it was not an earthquake,” said Bucher.

From her sixth floor, Bucher said she could see a multitude of buildings she is surrounded by covered by a “massive” column of smoke.

“It was around 6.15pm. After feeling the shockwave, I heard how glass broke and sirens went off and excited voices in the street below,” she said.

“That is when I knew that there had been a blast. I suspected it to be in Achrafieh, where I have many friends - and my heart just froze.”

The first thing she did was grab her phones and check on everyone she knows.

“So the networks, of course, get jammed and one gets overwhelmed - but it is a ritual [to check on others] that one does. I have now been on the phone and online for almost four hours non-stop. I have even had the mothers of friends call and offer accommodation in the north, to be safe,” she said.

She found out through social networks and friends that the explosion occurred at the port.

“This is very tragic as Lebanon has been going through a very hard time. The Lebanese Lira [the country's currency] has depreciated by 80% in just a few months; there was a revolution sparked here in October 2019, which ignited much hope but then somewhat petered out due to the economic situation, and then the Covid-19 pandemic,” said Bucher.

"This blast, to me, literally feels like a choking attempt.”

Sky News reported that Lebanese health minister Hassan Hamad said more than 25 people are dead, and over 2,500 have been injured. The blast occurred in the city's port area, where there were warehouses housing explosives, Lebanon's state news agency NNA and two security sources said. A third security source said there were chemicals stored in the area.

It was not immediately clear what caused the blaze that set off the blast or what kind of explosives were in the warehouses.

Parts of Soweto switched off as Eskom enforces 'load reduction'

New emojis coming to phones in 2021