Honda, Fiat Chrysler aim to restart US, Canada car production in May 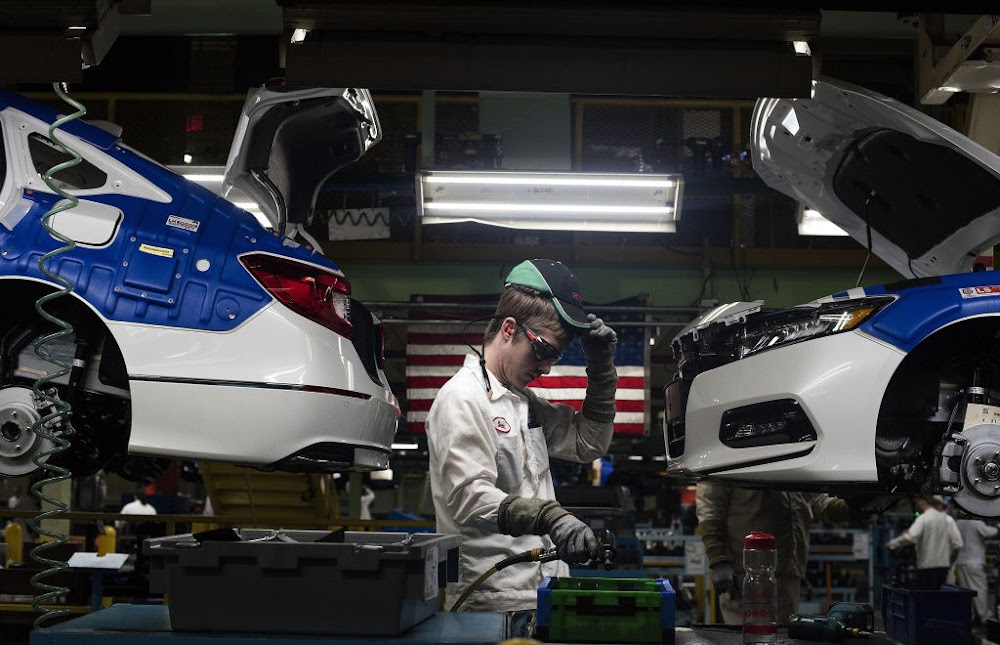 Honda Motor Co and Fiat Chrysler Automobiles NV said on Monday they hope to restart US and Canadian car production in May amid the ongoing coronavirus pandemic.

The Japanese car maker halted production on March 23 and said it will extend the halt through May 1.

Fiat Chrysler said Monday it "intends to progressively restart its US and Canadian manufacturing facilities beginning May 4."

US President Donald Trump last week extended the guidelines aimed at slowing the spread of the coronavirus to April 30.

It will also take car suppliers time to resume production. In an internal estimate, Ford Motor Co said last week it believed 600,000 US industry car sales may have been lost in March because of the coronavirus outbreak.

Honda noted many consumers are unable to purchase vehicles and said it "must continue to suspend production in order to align product supply with a lack of market demand." Some states have barred car dealers from selling new cars while "stay at home" order are in place.

Last week, Nissan Motor Co said it would extend its US production halt into late April. Toyota Motor Corp has halted US and Canadian production through April 17.

Ford said last week it was postponing its plan to restart production at its North America. Ford had been aiming to resume production at several key US plants on April 14, but then said it would now do so at dates to be announced later. Ford said Monday it is "continuing to assess public health conditions, government guidelines and supplier readiness to determine when the time is right to resume production in our North American plants."

General Motors Co has shuttered its plants indefinitely and has not provided a date for vehicle production to restart.

Fiat Chrysler said it will redesign "work stations to maintain proper social distancing and expanding the already extensive cleaning protocols at all locations."