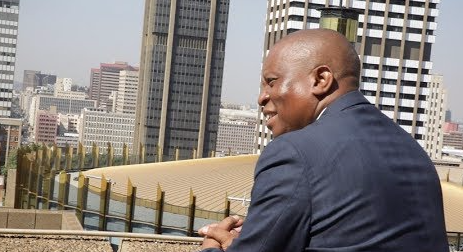 Herman Mashaba has criticised railway agency Prasa and the department of transport for its failure to use the lockdown to prepare trains for thousands of commuters who returned to work on Monday under level 3 of the lockdown.

“The government has had more than nine weeks to prepare for the easing of the lockdown and level 3. Was that not the point of lockdown? To prepare?” he questioned.

Mashaba was responding to a report by TimesLIVE which quoted transport minister Fikile Mbalula sayingthe railway agency was not ready to resume its operations under level 3.

The minister said his department had concluded after consultations with Prasa that the agency will use June to prepare for a gradual reopening of train services, instead of risking the lives of thousands of commuters.

“We will utilise the month of June to get ready and we are confident that from July, Prasa will operate select lines. We cannot open a service simply to have it become a vehicle to spread the virus. We have done this in the interests of safety.”

Mbalula asked Mashaba if he has ever commuted by train, to which Mashaba responded by telling the minister to “focus on the South Africans relying on you to do your job”.

I'm not the subject here.

I am lucky enough to not have to rely on you & your department to get to work daily. The same cannot be said for millions of South Africans.

I suggest instead of making this about me, you go focus on the South Africans relying on you to do your job!

In another response, Mashaba told Mbalula that he did commute on trains in the 80s and when growing up, as they were the only reliable form of transport to get around.