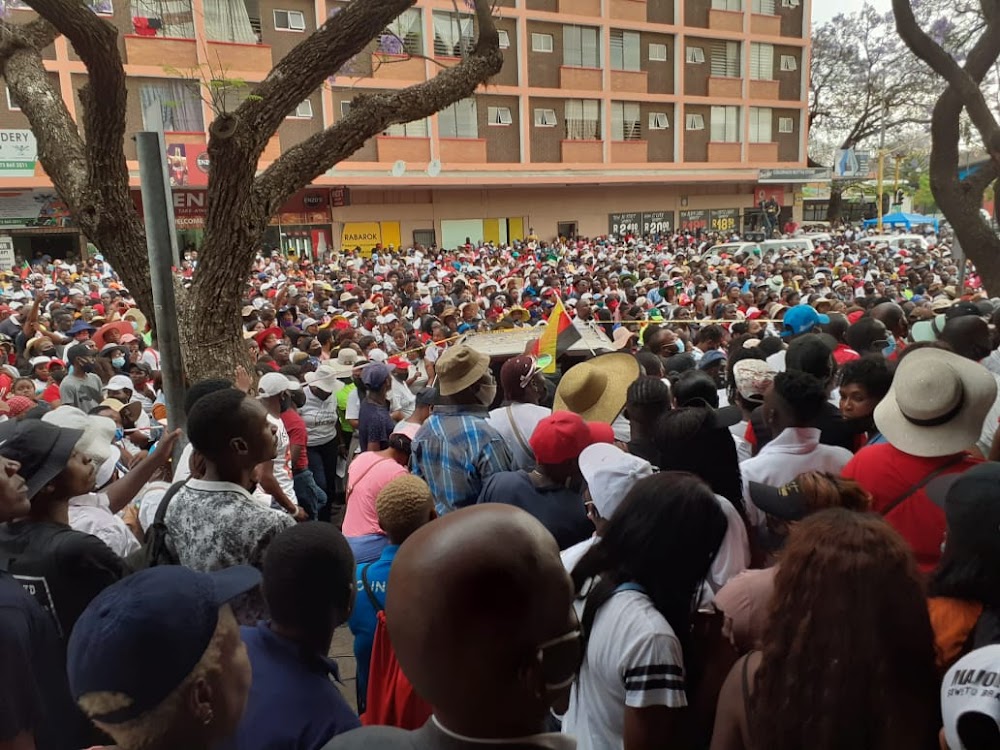 Bushiri, his wife Mary and three co-accused appeared in the Pretoria magistrate's court on Monday for a formal bail application. They are charged with fraud and money laundering related to an investment scheme valued at R102m.

But the court ran out of time, and magistrate Thandi Thelede ruled that the bail application will continue on Friday October 30. All accused will remain in custody until then.

Bushiri's supporters on Monday closed off Francis Baard Street in Pretoria as they supported the Enlightened Christian Gathering leader. The crowd sang and prayed on the street, and held placards bearing the Bushiris faces.

The magistrate — who last week had initially wanted the matter to be postponed to October 30 — said she could not commit to hearing the matter before Friday as she was fully occupied during the week with other cases.

“The only day that I am sure I will give the matter my full attention is Friday. The matter will proceed in the morning,” she said.

In his application for bail, which was presented through an affidavit, Bushiri's advocate Anneline van den Heever argued that there was no flight risk at play, and that there was a lack of sufficient evidence presented to the court by the state.

In his affidavit, Bushiri said he intended to plead not guilty. He said his passports had been handed over to the investigating officer. He also stated he had no previous convictions and had no intention of evading trial or fleeing the country.

ANC MP Boy Mamabolo stood outside court after the proceeding to address the supporters of the couple. He said he was going to approach the justice minister Ronald Lamola about postponements of the matter.

“These are the spiritual leaders. We don't insult their leaders, they should not insult our leaders. We have been here since morning. I am going to raise this concern with the minister of justice Lamola to say we come here at 6am, they postpone the matter, they beat around the bushes, they take us from pillar to post. From there at 4pm they postpone. This is absolutely wrong. It says something wrong about our government, but we will correct that. They are saying on Friday we must come back. Hopefully, Prophet will be out,” he said.

In making the postponement, Thelede said she was concerned about a possible Covid-19 outbreak that might result from the crowd gathering outside without social distancing.

“Most of those people are not social distancing and we are in the CBD and there is a very strong possibility that the outbreak might arise,” she said.