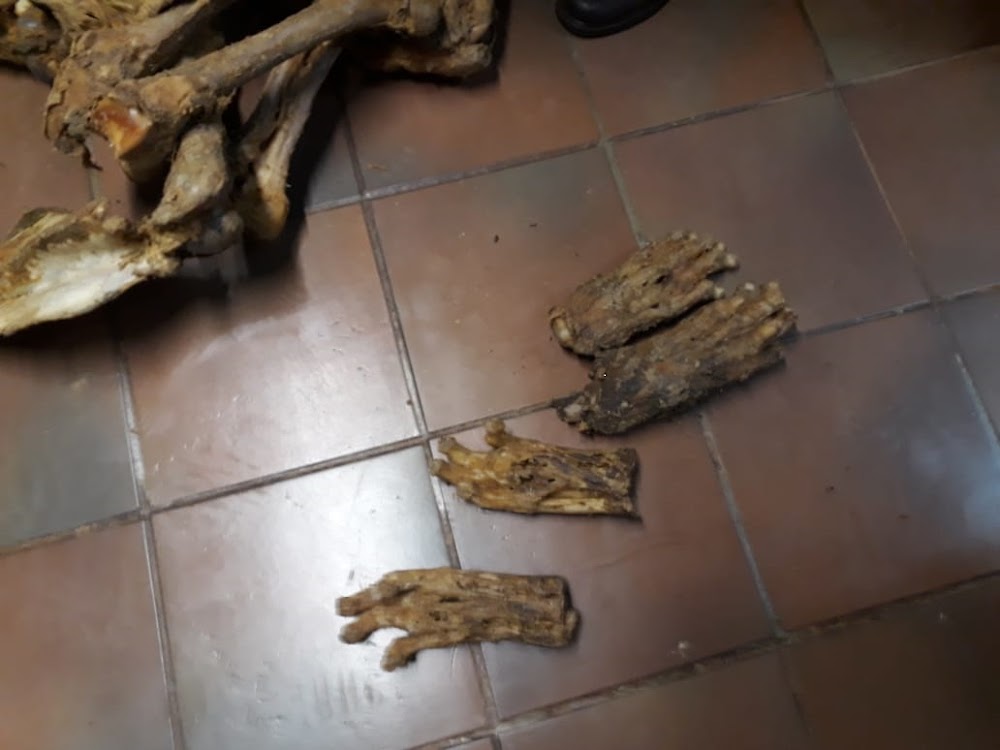 An investigation into the four lion paws that were allegedly touted for sale in the North West on Monday has led to the arrest of four more suspects for possession of lion bones.

The suspects, aged between 36 and 47, were nabbed on Tuesday in Mabule village, according to a statement issued by Capt Tlangelani Rikhotso of the police's Directorate for Priority Crime Investigation (Hawks).

“The first suspect was arrested at his home, where he was found in possession of lion bones. The team proceeded to arrest three other suspects, who allegedly brought the lion bones to the first suspect,” said Rikhotso.

The lion was reportedly killed in Botswana and the suspects allegedly transported its remains to SA to find a buyer.

The suspects were taken into custody and are expected to appear in the Mahikeng magistrate’s court on charges of contravening the National Environment Management Biodiversity Act.

The previous group of four suspects was arrested during a sting operation after they allegedly tried to sell lion paws in Rustenburg.

No air conditioning, no work

Disappointing start to new-vehicle sales in 2020

Samsung Care+ is now available for Galaxy A series devices