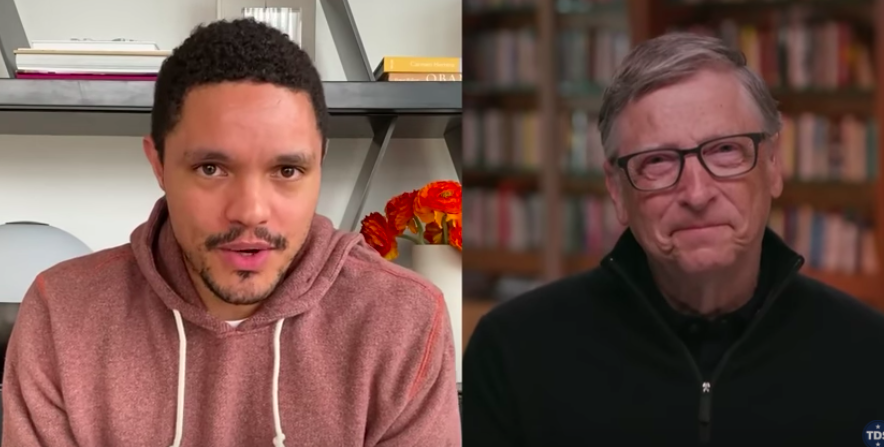 As the deadly coronavirus continues to claim lives around the globe, many people are doing whatever they can to help halt the spread of the virus, from applauding health-care professionals on the front lines of the pandemic to raising money for charities and causes.

Gates shared steps that must be taken to beat Covid-19 and prevent a future outbreak.

“I didn’t know specifically that it would be coronavirus and that it would hit in late 2019, but the goal of the talk was to encourage governments to make the investments so we could respond very quickly and keep the case numbers very, very low.

“So sadly, this is not a case where I feel like ‘hey, I told you so' because we didn’t use that time when it was clear as the biggest threat to kill millions of people, to have the diagnostic standing by, to be ready to ramp up a vaccine factory."

“Our foundation (Gates Foundation) funded some work that will help with the vaccines now and the diagnostics.

“But most of what was called for, particularly in a New England Journal of Medicine article I did, that went into way more specifics than I could in a short TED talk, those things didn’t get done. That’s why it’s taking us a long time to get our act together faced with this threat.”

Changes in the next month

“There isn’t a choice where you get to say to people, ‘don’t pay attention to this pandemic’. Most people, they have older relatives, they’re worried about getting sick.

“About 80% of people are going to change their activities. If you get the other 20% to go along with that nationwide, then the disease numbers will flatten and start to go down, hopefully in the month after that."

"Using prioritised testing  you can start to reopen a lot of things like schools and work. Probably not sports events because the chance of mass spread there is quite large.

“To get back economically, taking the pain extremely now and telling those who wouldn’t curb their activities ‘you must go along with the rest of society and not associate in a way that we have exponential increase in these cases’. That is the right thing, even though it’s extremely painful.”

“In developing countries it is far harder, so you know there will be these measures to stop it from getting to a large part of the population in places like India and Nigeria.

“I was talking to Cyril Ramaphosa, who’s not only president of SA but also head of the African Union . He’s a very strong voice encouraging the countries there to act quickly while the number of cases is still fairly low.”

“If we get the right testing capacity, you can change by, literally millions, the number who are infected. Governments will eventually come up with lots of money for these things, but they don’t know where to direct it and they can’t move quickly.

“Because our foundation has such deep expertise in infectious diseases, we’ve thought about the pandemic. We did fund some things to be more prepared, like a vaccine effort.”