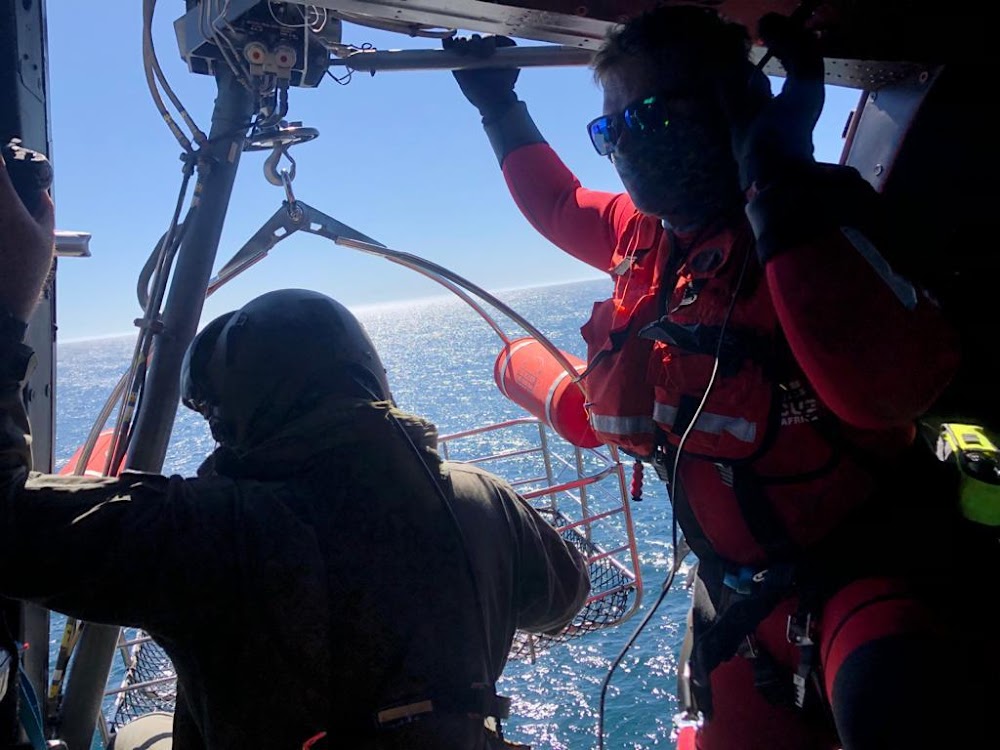 A fisherman who was taken ill on a trawler off the Cape west coast is expected to make a full recovery after being lifted into a helicopter and flown to hospital in Cape Town.

National Sea Rescue Institute spokesperson Craig Lambinon said the trawler raised the alarm at noon on Friday when it was 170km northwest of Cape Columbine.

The trawler was asked to sail towards Saldanha Bay and a SA Air Force Oryx helicopter rendezvoused with it about 90km off St Helena Bay.

An NSRI and Western Cape emergency medical service paramedic were lowered on to the trawler and the patient was hoisted aboard the helicopter in a basket.

He was flown to Groote Schuur Hospital and transferred by ambulance to a private hospital. Lambinon said the operation took about six hours.