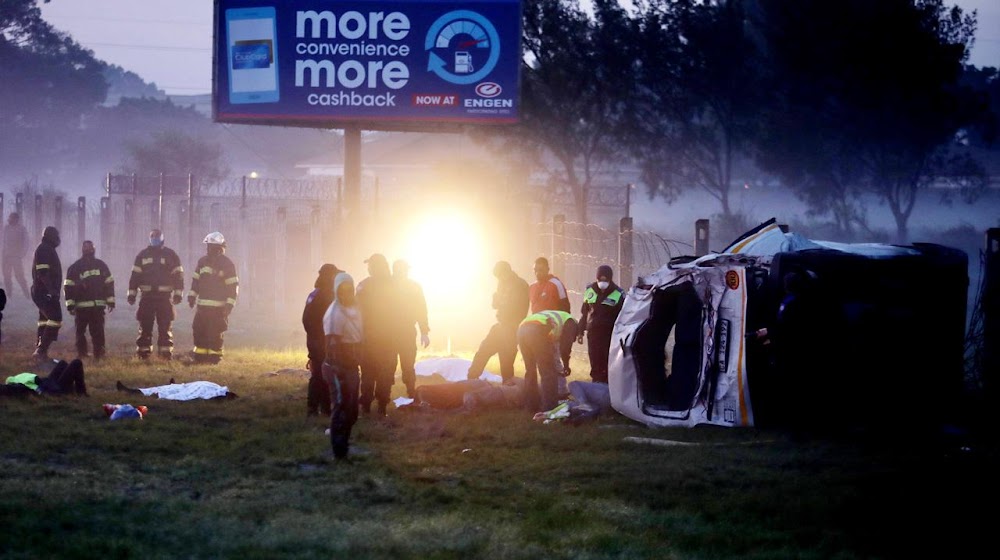 A gruesome minibus taxi accident on the N2 towards Cape Town left at least two people dead and 15 seriously injured after the vehicle collided with a lamppost and rolled early on Wednesday.

The driver fled from the scene.

Injured passengers lay scattered around the crumpled vehicle amid the debris just before 7am in misty conditions near the Jakes Gerwel Drive off-ramp.

Traffic on the city's highways had increased significantly by the third day of the eased coronavirus lockdown under level 3.

City traffic services spokesperson Richard Coleman confirmed that a preliminary report from personnel at the scene indicated there had been two fatalities - a man and a woman.

Atleast 2 people dead after a taxi lost control and collided with a lamppost and overturned on the N2 opposite Langa, Cape Town @TimesLIVE @netstartraffic @cpttraffic @CPTRoadblocks @TrafficSA pic.twitter.com/AF50THFVQ1

He said the driver had fled the scene and the injured were taken to various hospitals.

TimesLIVE photographer Esa Alexander said that people were lying on the ground where they had been flung from the rolling taxi.

The taxi came to rest against a fence and paramedics were treating the injured around the wreckage.

Coleman said another accident occurred at the same place shortly afterwards when a taxi collided with a sedan in the bus lane. One person was seriously injured and two others sustained light injuries.