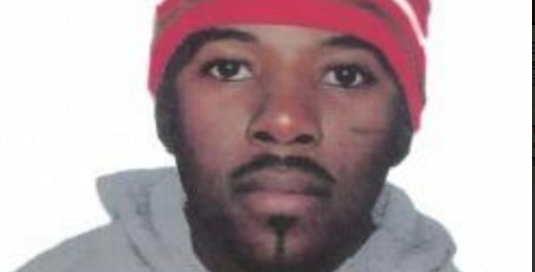 A man suspected to be Ekurhuleni’s most prominent serial rapist has allegedly struck again.

Gauteng police began circulating an identikit of the man on Tuesday, saying he was suspected to be behind several rapes and attempted rape cases reported in the past few days.

“Police in Gauteng have mobilised maximum resources in the investigation of a rape that took place earlier [on Tuesday] in Crystal Park, Ekurhuleni, including offering a cash reward to anyone who can urgently assist with information that could lead to the apprehension of the alleged serial rapist believed to be in his late 20s,” police said in a statement.

“It is alleged that the same suspect may be behind the attempted rape of a woman in Crystal Park on Monday as well as a rape that took place last week in Etwatwa.”

The man, who has been on the SAPS wanted list for more than eight years, is known to operate in the Benoni, Daveyton, Etwatwa, Putfontein and Crystal Park areas.

Police said numerous cases had been registered at several police stations, with victims identifying their attacker as the man being sought. His victims are frequently girls from the age of 12. Some of his older victims are about 20.

In 2017 the then community safety MEC Sizakele Nkosi-Malobane said authorities were catching up with the man, who at the time was dubbed the “Etwatwa serial rapist”.

TimesLIVE sister publication SowetanLIVE spoke to victims of the rapist in 2019. They gave different methods employed by the man and said it appeared he had stalked some victims.

In other instances it seemed he waited for an opportunity to pounce.

A mother  told the Sowetan that her then 14-year-old daughter was raped by the suspect in 2017 in Etwatwa. The man gained entry to their home by claiming to be a contract worker employed by the Ekurhuleni metro to check on home geysers as the city was due to roll out solar geysers in the township.

“I was not at home at the time and my daughter was alone. She said he asked who was home and she told him nobody else was,” the mother said.

The daughter allowed him into the house. “My daughter has not been the same since the ordeal. Of course we've taken her for therapy and she is still going, but a massive part of her was forcefully taken from her.”

Another parent of a 17-year-old girl gave a harrowing account of the ordeal her daughter and five  friends endured at the hands of the rapist whom they met on their way from school in Daveyton.

“She was with two of her female friends and three male friends. They were crossing a railway line when the guy saw them and told them he was a security guard. He told them what they did was illegal and instructed them to follow him.”

He instructed the six to have a sexual intercourse with each other and then raped them.

Police spokesperson Mavela Masondo at the time described the man as, “a black male in his 20s, short to medium height. He's coffee coloured in complexion; muscular in build and has bow legs, a scar on his left cheek and big brown or black eyes.”

Following the latest attack, police are offering a reward to anyone who can help with the investigation.

Cook charged with killing wife by pushing her from 18th floor