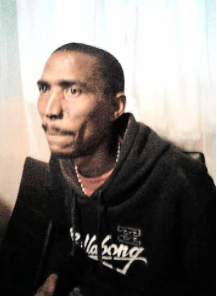 Two police constables from the Ennerdale police station, south of Johannesburg, have been jailed for torturing and beating to death a man detained at the station two years ago.

Ipid spokesperson Ndileka Cola said the pair will each serve 28 years in prison for murder and torture.

Their victim was 43-year-old Innocent Sebediela, who was arrested with other suspects after a housebreaking incident.

At the time of his killing, SowetanLIVE reported on the ordeal leading to his death.

He was assaulted and had his face covered with teargas-filled plastic during the attack.

This was revealed by Mashangu Dludla, one of the men detained with Sebediela on the day of the assault.

Dludla said they had been arrested for an alleged housebreaking at Sebediela's brother-in-law's house, where a television was stolen.

He said the police had stripped Sebediela, poured cold water on him and strangled him with a chain.

Sebediela had soiled himself during the ordeal, was covered in bruises and complained of pain in his ribs.

Dludla said he was also assaulted, but his assault paled in comparison to the beating his friend received.

“He was a bit responsive after the beating but he lost consciousness and stopped responding. We knew he was dead. The police then moved us to another cell while they removed his body,” he said.

“That was the last time we saw Innocent.”