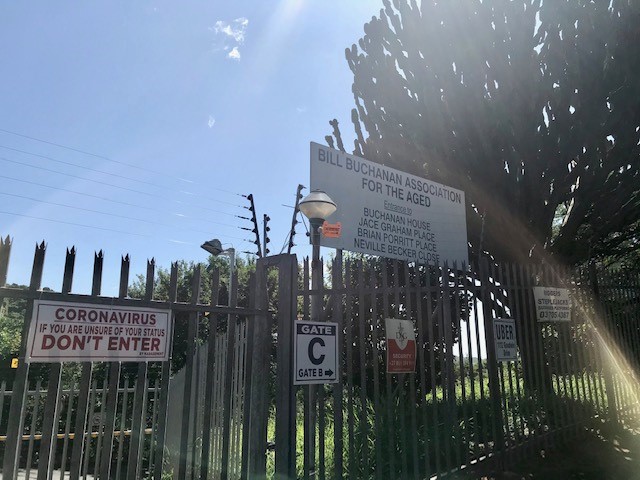 An old age home in Durban has been left reeling after an 81-year old woman, who was recuperating at the facility for four days, tested positive for Covid-19.

Now a second woman, who shared the sick bay with her at the Bill Buchanan Association for Aged in Morningside, has also tested positive, forcing management to put some staff and residents into quarantine.

There are fears that a third woman in the same ward has also tested positive.

Both women – the 81-year-old and the patient who shared the hospital ward – are on ventilators at St Augustine's Hospital.

A manager at the home, who declined to be named, said the 81-year-old woman was recently admitted to St Augustine's Hospital for a suspected stroke.

The woman, who is from the Bluff, south of Durban, was then discharged and taken to the home's step-down facility.

"She was only here for four days when she got sick again. We sent her back to St Augustine's Hospital. When she tested positive, the other woman, who shared the sick bay with her, was tested and she too is positive. She is in Addington hospital," he said.

Six hundred residents, aged over 60 years and retired, live in various complexes within the property.

"We sent all staff that came into contact with her home to self isolate. The department of health arrived on Friday and tested four residents, who had been in contact with the woman. We are now awaiting those results," the manager said.

A sign outside the facility bans people who are not aware of their health status, from entering the home.

The elderly population in our society is vulnerable.

Health minister Dr Zweli Mkhize on Friday said the residents from the home were regarded as vulnerable.

"The elderly population in our society is vulnerable. To illustrate this, in KwaZulu-Natal, one of the confirmed cases is an 81-year-old female who is now in ICU and in a ventilator. She initially presented with pneumonia and was admitted and treated as such. Because of the severity of the pneumonia, she was tested for Covid-19 and was confirmed."

"This elderly woman lives in an old age home. As a result, all other elderly people from this old age home are regarded as being vulnerable and are being tested. Those who will test positive will then be put in isolation," he said.

St Augustine's Hospital management declined to speculate that a third women, in her forties, had tested positive after sharing a ward with the 81-year-old.

“I am sure that you will appreciate that we have a policy of not engaging with information referred to from unknown or informal sources. We confirm that we have protocols with regard to monitoring healthcare workers and staff exposed to and treating Covid-19 patients and the issuing of appropriate protective personal equipment for all staff," said Netcare group medical director Dr Anchen Laubscher.