Day 1: SA gets to grips with #lockdown but not everyone is behaving 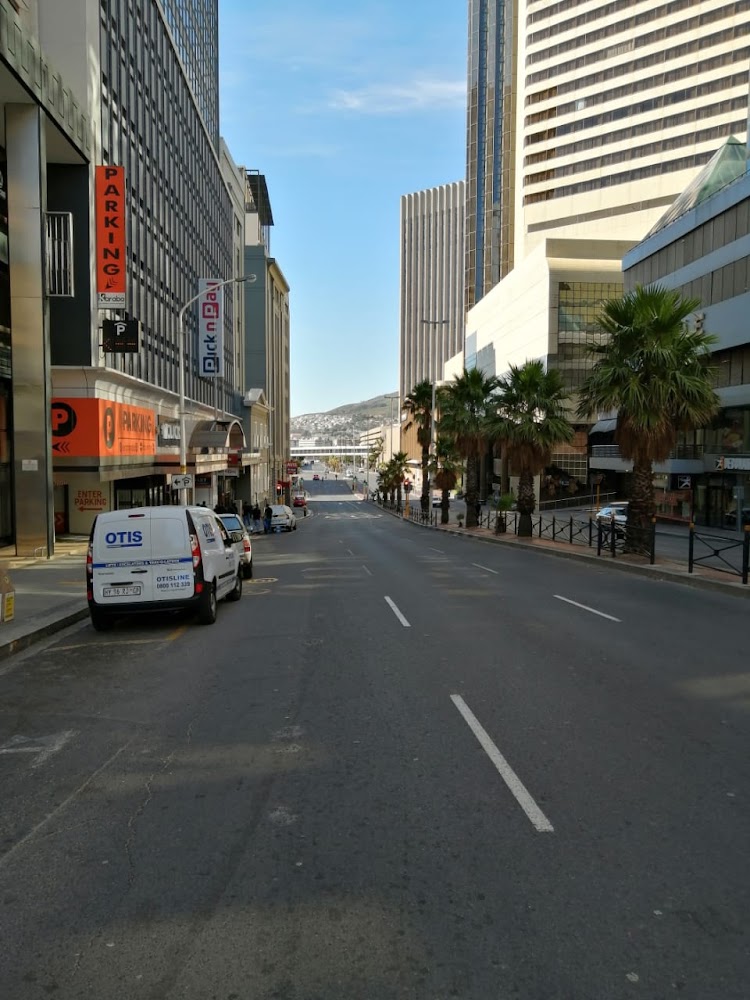 It was meant to be the first day of lockdown, but in many places around the country it seemed like people were ignoring instructions to stay at home.

The goal — according to President Cyril Ramaphosa when he announced the 21-day lockdown on Monday night — was to try reduce the rapid spread of Covid-19 by “flattening the curve”.

But it appeared that many didn't heed his call.

Just after the midnight lockdown took effect, police confiscated bottles of alcohol from people in the streets of Johannesburg.

In Johannesburg and Pretoria, many minibus taxi drivers lambasted regulations requiring them to reduce the number of passengers in their vehicles, who are essential workers permitted to travel. They said it was crippling them financially.

“They are crazy, if they were serious about shutting down the country, they would have provided means of transport for the people who must go to work. I can’t have seven people in a taxi that is running at a loss ... if they insist, we will stop and go home,” one driver told TimesLIVE.

Taxis hooted and formed long queues to load workers with permits to travel at Baragwanath taxi rank in Soweto. Some were overloaded.

Katlego Ntlane, who ferries passengers to the Pretoria CBD, said he was ready to join the rest of the nation on lockdown if he continued to operate at a loss. The 28-year-old said that by 7:30am he had already lost R400 due to the new travelling arrangements.

Hundreds of commuters were left stranded in Durban in the morning after a last-minute decision by the eThekwini Metro Taxi Council (Emtc) to suspend all operations within the city.

The council said it had learnt of a new instruction on Friday morning that no more than seven people would be allowed per trip — making it economically unviable for them to operate.

Some shops were empty in Johannesburg's northern suburbs as people went to buy basic, essential goods. There were no flowers, no booze and no queues at Woolworths and Pick 'n Pay in Victory Park, Johannesburg.

In Cape Town, throngs of homeless people, beggars, hustlers, refugees, and ordinary residents out shopping made it feel more like a Sunday after Christmas.

In the city centre, Central Improvement District staff tried in vain to get a group of young men off the street. They were from Manenberg, they said, on their way home.

Further along they turned a corner into Adderley Street where a long queue of people,  standing centimetres apart — and most without face masks — waited to enter Shoprite in the Golden Acre Mall.

A pile of dead flowers, crates, and watering cans marked the front of the iconic Cape Town Flower Market which had been closed.

Refugees removed from outside the Central Methodist Mission in Greenmarket Square washed their hands and feet at a tap usually only accessible to the flower sellers. A barefoot teenage beggar in ragged clothes walked up to car windows, asking for money. At a park along Constitution Street, a man in his pyjamas walked his two small dogs. A woman queuing in Adderley Street explained that she did not have time to stock up on groceries.

“I'm surprised to see so many people on the street. I thought with the real lockdown life wouldn't go on like normal. This disease can still spread if people are moving around,” said a resident, who came with his friend to buy a 5kg bag of maize meal.

“People are standing close together, they're not even wearing a mask.”

In Durban, the city's homeless queued close to each other to get access to shelters.

Sipho Khuzwayo has been on the streets for 11 years but, on Friday, fear of Covid-19 drove him to join a line with hundreds of other homeless folk.

“I don't know much about the virus but I know that I am afraid, and that is why I am here,” said Khuzwayo.

From as early as midnight, the city's homeless lined the streets outside the Durban Exhibition Centre where they were being screened by health professionals before being moved to seven different venues that will house them during the 21-day lockdown.

“We arrived early this morning and were told to come here and that we would be given food. We haven't eaten and some of us need to take medication but we will wait in this line because we want to be safe,” Khuzwayo said.

At the helm of operations was Raymond Perrier, chair of the eThekwini task team on the homeless and the director of the Denis Hurley Centre, a pro-poor civic body.

“We have about 700 to 800 people in the queue. Most of them have made their own way here but some have been brought in by metro police. We will process people here; we have social workers, nurses and people from NGOs,” said Perrier.

On Thursday, Perrier told TimesLIVE that they would be screening people and assessing their health needs.

This was to “put different sorts of groups together based on their profile and then make sure we can support them through that period with food and, obviously, security”.

Meanwhile, Durban's busiest area, Warwick Junction, which is often packed with street vendors, taxis and commuters, was littered with nothing but rubbish and the occasional person trying to hail a taxi.

HeraldLIVE reported that the streets of Port Elizabeth resembled a ghost town. Cape Road, which is usually bustling, only saw 11 pedestrians casually ambling along while vehicles were nonexistent at 7am.

The promenade which normally has people jogging by the beach and flooding the walkways, did not have a single person on it. However the CBD, while not nearly as busy as usual, did have the occasional taxi operating.

Police in KwaNobuhle are physically removing people from the street.
They say it's too full #COVID19SouthAfrica #21daysLockdownSA