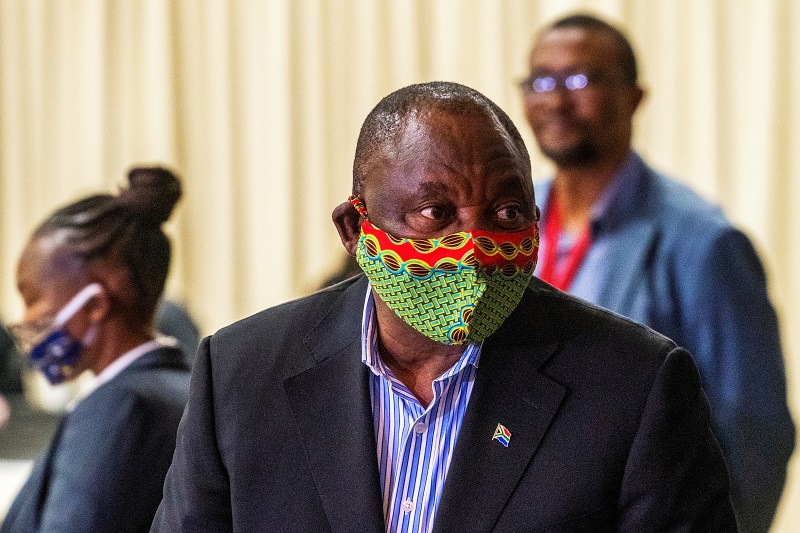 Police minister Bheki Cele has issued out an apology to the Muslim community after members of SAPS who arrested worshipers for flouting lockdown regulations in Masibekela in the Mbuzini area in Mpumalanga.

A video making its rounds on social media shows the SAPS members using blasphemous and prejudice remarks during the arrest.

"Minister Cele wishes to emphasise that police have a constitutional obligation to enforce the laws of the country, a duty to be executed within the confines of the same laws, applied with no prejudice against any gender, race or creed."

The donation, according to spokesperson Busi Gaca, was part of the church foundation's ongoing community outreach programme.

“We started this way before lockdown, but the effort has been intensified because of the great need during lockdown. This is something we do as a church every single time,” Gaca said.

She said when leaders of the church saw a need for food in communities like Soweto, they decided to contribute by donating basic necessities.

Muslims arrested for praying under lockdown

Minister Bheki Cele warned on Sunday that police had “no choice but to enforce the law” if the lockdown regulations were flouted for religious gatherings.

He was speaking after the arrest of 17 people during a Muslim prayer gathering in Pretoria.

The incident on Friday was captured on video and has since gone viral on social media.

The clip showed police walking into what appeared to be a mosque where shoes had been left outside.

Taxis sneak between Gauteng and Limpopo

Travelling between provinces has not stopped despite it being banned under the lockdown.

Cuba sent 216 healthcare workers to South Africa on Saturday, the latest of more than 20 medical brigades it has sent worldwide to combat the coronavirus pandemic, in what some call socialist solidarity and others medical diplomacy.

Auditor-general has team ready to inspect how money is spent

Some municipalities want part of the R20bn Covid-19 relief fund to help them deliver basic services.

Midvaal mayor Bongani Baloyi said municipalities had lost millions in revenue in the economic shutdown. He feared they might not be able to provide services if the national lockdown continues.

Meanwhile, the auditor-general, Kimi Makwetu, has offered to send a team of experts to help government departments and municipalities prevent theft from the overall R500bn emergency Covid budget.

The R20bn will be allocated to municipalities to help them deliver water tanks, personal protective equipment, sanitisers for public transport and other elements to help contain the spread of the virus.

But Baloyi said that if some of the money was not provided to municipalities for their operations, "very few municipalities will be standing by the time we get to December".

Masks on in public and everyone under curfew

The economy was the biggest winner in the government's relaxed Covid-19 regulations announced yesterday, as more than 1.5-million workers are expected to return to their jobs next week under the level four lockdown that begins on Friday.

The government appears to have heeded appeals from business to open the economy after 30 days of lockdown, with most sectors expected to open their doors for the first time since the national lockdown was implemented on March 27.

Seven more people have succumbed to Covid-19 bringing the death toll to 86 in South Africa.

The health ministry said on Saturday evening that the latest deaths included four in the Eastern Cape, two in the Western Cape and one in Limpopo.

The total number of infections in the country now stands at 4,361.

There were no unallocated cases.