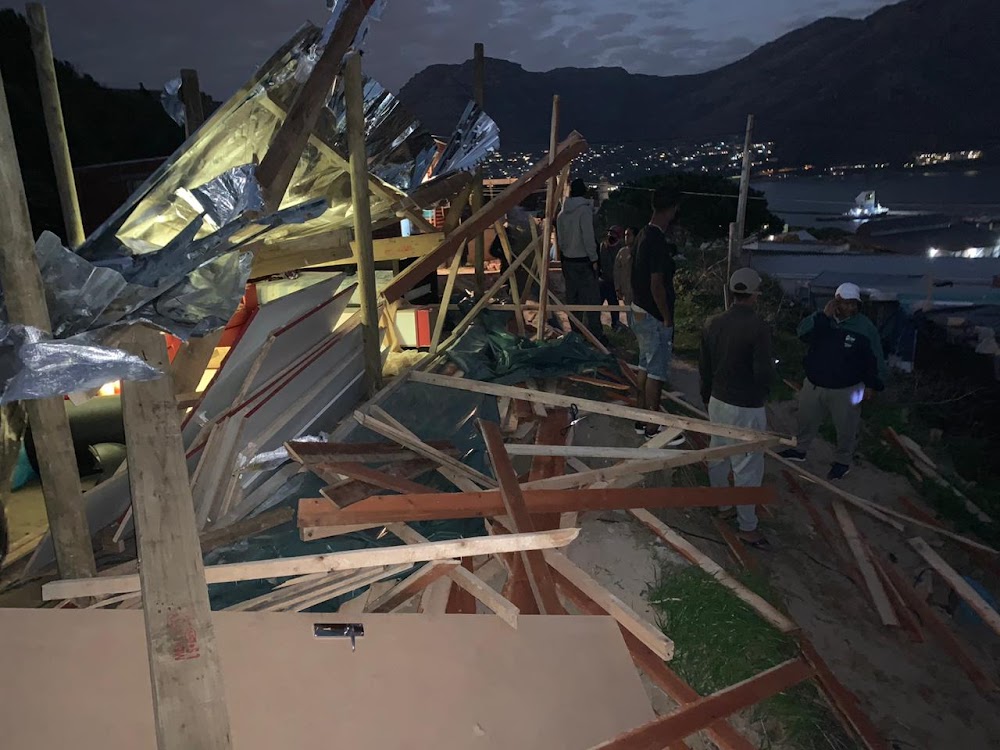 The City of Cape Town broke the law when it demolished a shack at the height of the Covid-19 pandemic, a judge ruled on Wednesday.

Ginola Phillips and the Hout Bay community of Hangberg sued the city following the demolition on June 19. According to judge Gayaat Salie-Hlophe, it was the second time officials had destroyed Phillips' Wendy house.

“Unable to return to his mother’s home for reasons such as overcrowding, exacerbated by the coronavirus pandemic, he built the structure with the physical and financial/material support of members of the community,” her Cape Town high court judgment said. “He managed to rebuild the dwelling within two days and took occupation thereof by June 13. He was in peaceful and undisturbed possession of the property when on Friday June 19 officials from the city council arrived at this place and in his presence took photos thereof.

“Approximately an hour later, the officials returned and proceeded to the demolish the structure.”

Phillips complained that he was evicted illegally. The city challenged the application and said he did not have a right to erect the structure.

Lawyers for the city also disputed that the structure was Phillips’ home. They said he lived at his mother’s home, that the structure was partially built and that he constructed it despite having been informed that it was illegal to do so. The lawyers said they “could not access the court due to the Covid-19 lockdown directives, which restrained eviction proceedings”.

Salie-Hlophe said: “This argument is not apparent from the city’s papers and it not only infringes on the principle of legality but certainly, too, is illogical.

“We are prevailing in the unchartered and unprecedented, challenging times of the Covid-19 pandemic, which presents extreme hardships across our communities and the globe, but indeed most of all our poorer communities, who are the hardest affected by homelessness, unemployment and poverty, to name but a few.

"Insulation against those hardships [is] appreciated by our government and reflective [of] the Covid-19 regulations, pronouncements of our courts over the past few months, and court directives which have sought to eradicate the turmoil's effects on our communities.”

According to the judgment, the city said it had offered Phillips alternative accommodation but he refused to take it.

“In that way, it is argued, [Phillips’] refusal to accept emergency housing situated at Oude Skip [transitional residential area] together with an enhanced emergency kit to erect a structure, have access to shared water and sanitation services, were unreasonable and amounts to being obstructive.”

Phillips argued that he was entitled to have his home rebuilt by the city within 48 hours.

Salie-Hlophe described the demolition of his home as painful.

“The actions of the [city] in repeatedly demolishing the home of Mr Phillips is a sore and painful reflection of a failure to appreciate the plight of our poor communities, the hardships suffered and what can probably be described as objectifying the indigent as having no individual rights worthy of recognition,” she said.

“Mr Phillips’ construction of his home, together with being peaceful and undisturbed possession thereof, established his constitutional rights, which have been zealously grabbed from him without care for his dignity and other enshrined values of our constitution, his rights in terms of our law, and with his humanity simply having been commoditised.

Repeatedly demolishing the home of Mr Phillips is a sore and painful reflection of a failure to appreciate the plight of our poor communities.

"The demolition was indeed also inhumane, heartless and done with scant [regard for] his safety, security and health - particularly in light of the Covid-19 health pandemic.

"It bears mentioning that the challenges to government, municipalities, businesses and individuals alike in the face of the ... pandemic ... are overwhelming.”

Salie-Hlophe said although the city is under pressure to provide housing, in accordance with the constitution, it should act lawfully.

“They need to go about their affairs and utilise the manpower and infrastructure in a constitutional and lawful manner to achieve their goals. Trampling the bill of rights in its efforts to do so is not permitted,” she said.

“It follows that - in the absence of an eviction order and, with that, an order expressly stating that it is just and equitable to do so - demolitions of homes cannot be carried out unlawfully and at present, during alert levels 3 and 4.”

Salie-Hlophe said the city did not follow the law when it demolished Phillips’ home.

“Put bluntly, they acted unlawfully. It is not without significance that there are other structures of a similar nature in the immediate surrounds where [Phillips’ home] was.

"Whilst the city claims that this property is on an environmentally protected sand dune, there is no suggestion that the other structures were similarly causing harm. I find this inconceivable given that the structures are in very close proximity, as per the case of informal settlement. No similar action was taken by the city was taken in terms of those structures, nor are any averments made by the [city] to that effect.”

Salie-Hlophe found that the demolition of Phillips’ home amounted to “an eviction” and ordered the city to rebuild it within 48 hours. She  said it should not be difficult because officials took pictures of the home before it was demolished.

“The city, ably aided by an army of law-enforcement officers, saw and observed the structure in question upon unlawfully charging upon its demolition. In other words, they are fully au fait as to what it looked like and the position it ought to be restored.”

'A victory to the community'

“The judgment is a victory to the community, but it is a sad situation that communities have to go to this length for the city to deal with us in a dignified manner. This proves what we have been saying for years.”

Cape Town mayor Dan Plato said he was disappointed with the judgment, and the city was "considering its options".

"The rebuilding of this illegally erected structure halts the planned development of the site for a recreational facility that would have included a five-a-side soccer pitch for use by the local community and youth in the area," he said.

"Despite the city offering two alternative sites for the structure to be built, and making it clear that notice had been given at the time not to erect the illegal structure, the judge still ruled in favour of the occupant of the illegally erected structure.

"This ruling was made despite the judge challenging the applicants yesterday on why they did not accept the alternatives offered."