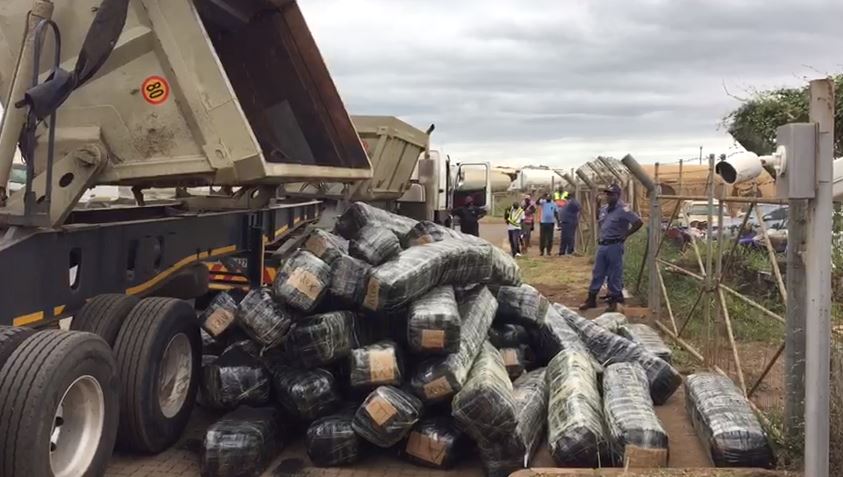 A truck driver has been arrested for allegedly trying to smuggle counterfeit goods worth R6m into SA from Mozambique.

"The truck was returning to SA after offloading chrome in Maputo," he said.

A video circulating on social media showed police supervising as the tipper truck emptied its load onto the side of the road at the border post.