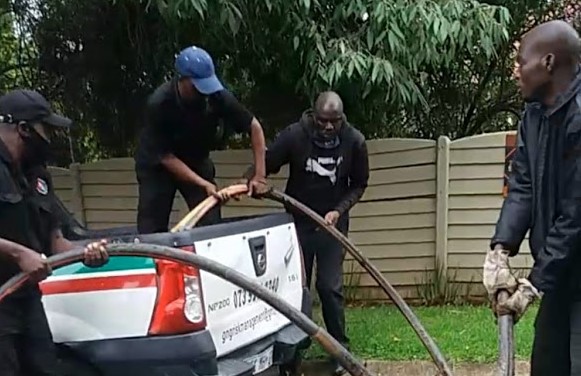 Johannesburg is determined to crack down on the spate of electricity cable thefts hitting the city.

Mpho Moerane, the MMC for environment and infrastructure services, has called on police, neighbourhood watches and community policing forums to join hands with City Power to stamp out the scourge.

Moerane expressed concern at the increase in incidents across the city.

City Power spokesperson Isaac Mangena said they have been replacing the copper cables with aluminium bundle cables, which are of little value to cable thieves.

According to Mangena, since the beginning of January 2021, 170 incidents of cable theft to the value of more than R2.2m were reported. In December 2020 alone there were 206 incidents. Since the beginning of the financial year, R14.4m worth of cables have been lost. This excludes the cost of the repairs to damaged infrastructure and material.

According to Mangena, most of the incidents happened during load-shedding but he highlighted that cable theft does happen even when the lights are on.

“Between Wednesday last week and Sunday (yesterday) we had 43 cable thefts across the city. Forty-one suspects were arrested since July 2020 to date, with two arrested this January and 11 in December.

“The arrested suspects are in the hands of the police and the prosecuting authority, and we expect they will get sentences to fit the crimes,” Mangena said.

He said cable theft not only costs the city millions in lost revenue, but it also inconveniences customers, businesses (especially small ones) during a time when the country is already struggling because of Covid-19 restrictions.

How does resistance to disinfectants happen? We're on the road to answering the question

Hundreds gather in Sydney in solidarity with Myanmar protesters