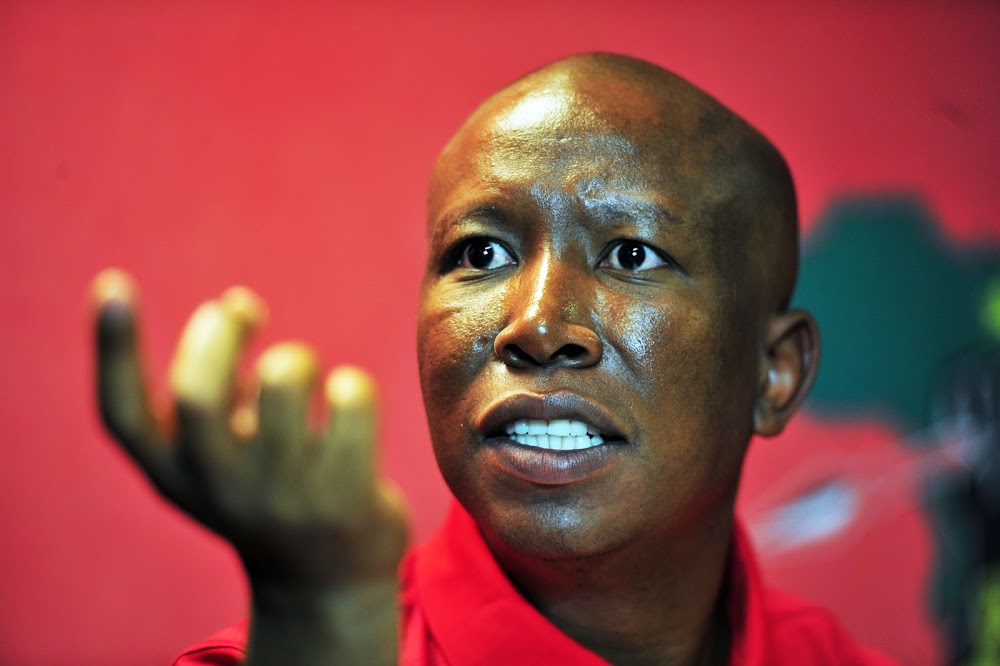 EFF leader Julius Malema has come under fire this week, after inflammatory comments he made about SA Police Service (SAPS) members at the weekend.

On Sunday, Malema condemned the use of force by the police, who shot rubber bullets at the party's recent protest against racism at Brackenfell in Cape Town.

Malema describing the police officers as “cowards” and “fools”.

“If South African police want a fight they must declare it. We will treat them the same way we treated them in the ’80s,” he said.

“We will not only fight them at the picket lines; we will go to their homes and fight them in their own houses with their own families.”

Here are four of the reactions:

Cele expressed his anger at Malema's statements, saying officers of the law should never be used as bait for political mileage.

“I think the EFF leader has crossed the line. You are not going to threaten the police and think they will just fold their arms. The job of the police is clear and is prescribed in the constitution, which is to protect, prevent, combat and investigate crime,” he said.

Popcru: The threats are irresponsible

The Police and Prisons Civil Rights Union (Popcru) said it “noted with disdain the irresponsible threats” made by Malema.

The union said the threats could potentially lead to unwarranted attacks on police officers and their families within communities.

“Just as he has done before, verbally attacking the character of our men and women in blue in September for acting out their duties, to an extent where he even labelled their boots as stinky, he has this time around taken his insults to another level, wherein he is encouraging direct violence against members of the SAPS and their families,” said the union.

Lobby group AfriForum said it was going to lay a charge against Malema for his comments.

AfriForum's head of policy, Ernst Roets, said a case would be opened on Wednesday morning.

Tomorrow at 9:00 we will be filing criminal charges against Malema for his threats about having EFF members attack the police.

This morning at 9:00 we will be filing criminal charges of incitement to violence and intimidation against Julius Malema after his threats to members of the SAPS.

Trade union Solidarity also said it would open a case against Malema at the Lyttelton police station in Centurion.

The union said more than 1,000 police officers approached them with concerns about the threatening remarks.

“Solidarity was swamped by police members from across the country who expressed their shock, upset and total indignation at Malema’s words and threats.

“It is unacceptable for a political leader, who took an oath to respect and honour the constitution and other legislation of the country, to speak out in such a violent way towards the police,” said Renate Barnard, Solidarity’s sector co-ordinator for the public sector, who is also involved with the police.