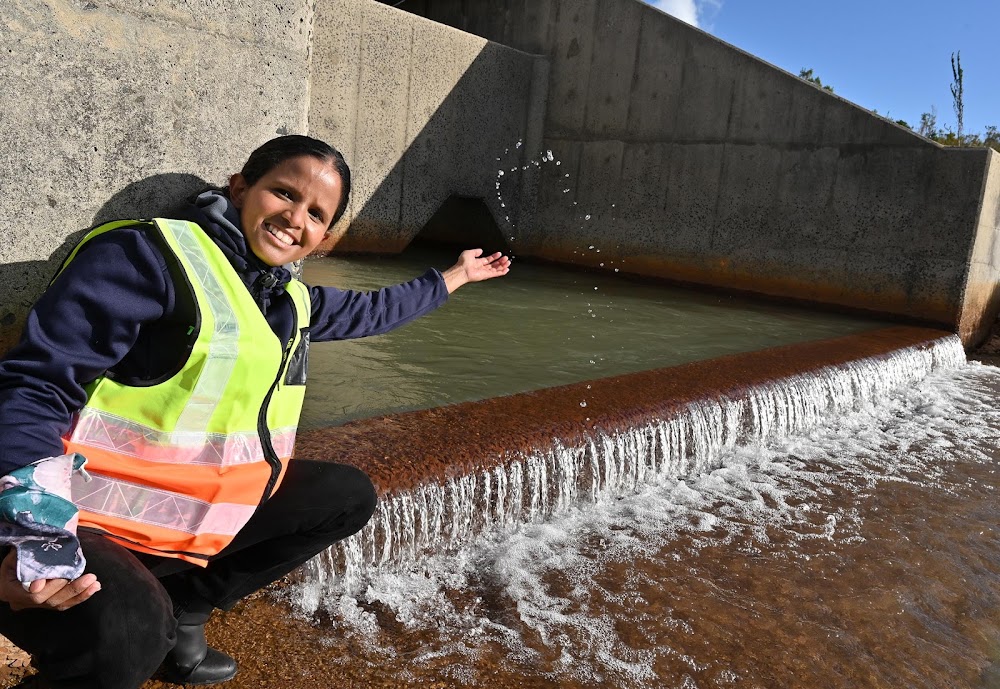 Not long ago, Cape Town stood on the threshold of being the first major city in the world to run out of water.

And while this was ultimately avoided, the city took no chances. In a move to end water insecurity, the city this week started pumping water from the biggest underground lake in the world.

On Wednesday, mayor Dan Plato and mayoral committee member for water and waste Xanthea Limberg launched the groundwater supply project from the Table Mountain Group (TMG) aquifer next to the Steenbras Dam, situated above the Koggelberg mountains.

The city said that once the first phase of the supply project is fully operational it would contribute up to 30 million litres per day to the city’s water supply.

Currently, the city uses between 650 and 700 million litres of water per day.

“This is a milestone achievement in the implementation of the Cape Town Water Strategy, which addresses water supply security and other aspects of our shared water future,” read a city statement on Thursday.

The city’s dam levels are the highest they have been since the Western Cape, Northern Cape and Eastern Cape entered into a huge drought in 2015.

The higher dam levels are partly due to better rains — though rainfall for 2020 is still tracking below the historical average — but it also has to do with water restrictions, water saving measures, and behavioural change on the part of the city’s residents.

The city started exploring for groundwater in 2017 when a Day Zero date, when the city’s taps would be turned off, was set down on the calendar.

The city said groundwater is a key part of its new water supply programme to diversify its water source mix.

“The City initiated drilling operations at Steenbras during the drought crisis and the Table Mountain Group (TMG) aquifer is now producing its first yield of groundwater at the Steenbras wellfield,” read the city statement.

The TMG aquifer, believed to be the largest in the world, runs from Nieuwoudtville in the Great Karoo to Cape Agulhas in the south and Port Elizabeth in the east — a sizeable chunk of SA’s surface area.

The current drilling has reached a depth of 710m into the ground.

“The water strategy is an ambitious road map towards a future in which Cape Town is more resilient to drought and other climate shocks — meaning that sudden, extreme levels of water restrictions should not be necessary,” said Plato.

“It takes into account the important yet complex relationships between water, people, the economy and the environment. I am glad to know we are on track with investing in our long-term resilience and water security.”

“To put this into context, 30 million litres per day is the equivalent of a daily water supply for about 200,000 people at current consumption levels of 125 litres of water per person per day. Alternatively, this would represent 16 days’ worth of water for the whole city, for every year of operation,” said Limberg.

She said there was no urgent threat to the city’s immediate water security provided that the current water restrictions were adhered to.

“The City of Cape Town has been studying the character and behaviour of this aquifer for more than 10 years, so by the time the drought crisis reached the point where exploratory drilling needed to take place, it was done with a wealth of prior research,” said Limberg.

“The Steenbras wellfield was chosen due to favourable hydrogeological conditions, giving rise to a potentially high groundwater yield, with the benefit of being in close proximity to the Steenbras Dam. This is ideal as the groundwater can be pumped directly into the dam and treated at the Faure water treatment works to drinking-water standard.”

She said that a key highlight to the project was the environmental mitigation and controls used to ensure the protection of the Steenbras Nature Reserve, which falls within the Kogelberg Biosphere Reserve. She said these measures include:

The environmental sensitivity of the area and the natural fire cycles which occur in its fynbos ecosystem meant that power and communications cables were buried in the same trenches as the pipelines.

“The fibreoptic cable network feeds all data from the respective boreholes to a centralised Supervisory Control and Data Acquisition (SCADA). The SCADA allows the wellfield to be controlled and operated through an automated system,” reads the statement.

“Invasive alien vegetation is being removed from the Steenbras Nature Reserve catchment area, in an effort to maximise the rainwater surface run-off yield into the Steenbras Dam. Pine and blue gum trees are being systematically removed and the land is carefully rehabilitated with indigenous vegetation,” added Limberg.