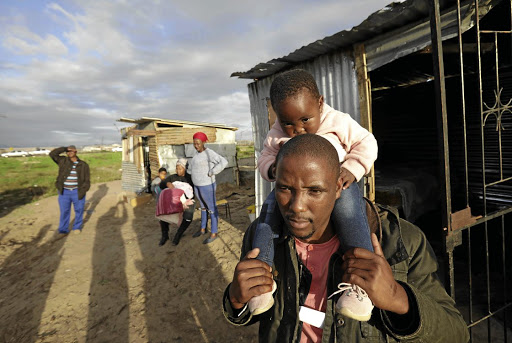 Four Cape Town law enforcement officials will face disciplinary hearings over an incident in which they grappled with a naked man before demolishing his shack.

The disciplinary process was recommended by independent investigators who probed the circumstances of the confrontation with Bulelani Qolani in Khayelitsha on July 1.

A city council statement on Saturday repeated the council's claim that Qolani deliberately undressed in an attempt to thwart an anti-land invasion operation.

“The city further notes an affidavit submitted to the Western Cape High Court by [Qolani] in which he confirms that he went into a structure, undressed, and emerged naked without prompting, exposing himself to onlookers while the operation to dismantle illegal structures was taking place,” said the statement.

“Mr Qolani claims to have then immediately re-entered the structure in order to allegedly bathe.”

“We have developed a new strategy for coping with it, which involves officers covering the disrobed person with a blanket and accompanying them out of the structure in order for the removal of the structure to proceed,” said Smith.

The city council statement disputed media reports that the structure depicted in the video of the clash between law enforcement officials and Qolani was his home.

“In the Sunday Times, Mr Qolani is quoted as saying he was there two weeks prior to the altercation with officials. However, anti-land invasion unit officials first noted the particular structure on the day of the incident, having conducted an operation to remove an illegal structure at the same site the previous day.”