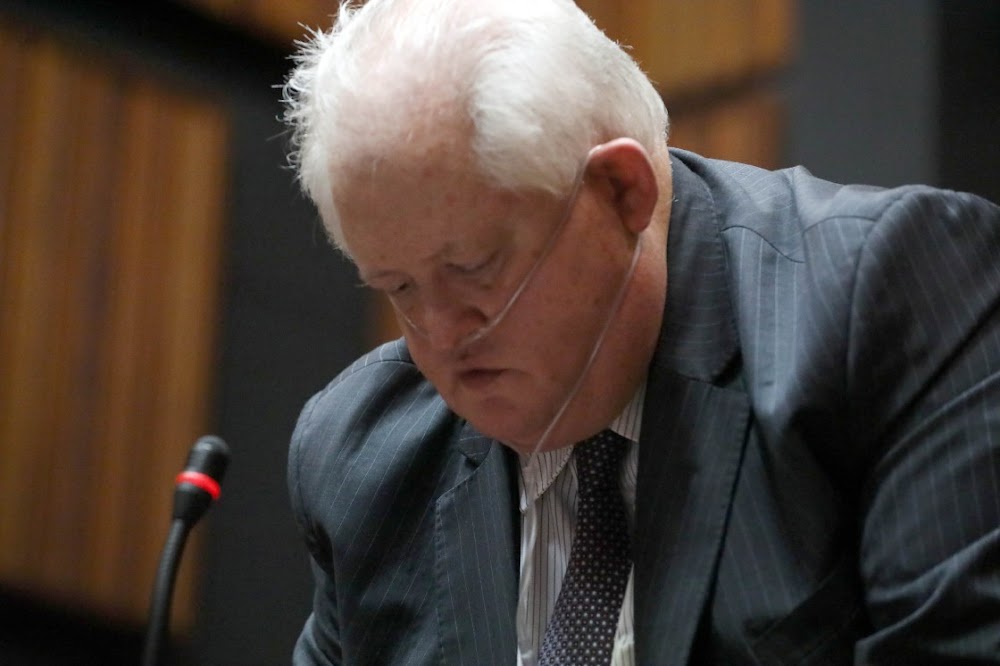 Being granted bail on Friday means that former Bosasa COO Angelo Agrizzi's leg will no longer be shackled to his ICU bed at the hospital, allowing doctors freedom to treat him.

The order releasing him on bail also means that the nine people who were stationed at hospital to guard Agrizzi, three of whom were inside the ICU room, will also be removed.

The high court in Johannesburg on Friday upheld an appeal by Agrizzi against a decision of the Specialised Commercial Crimes Court on October 14 denying him bail.

He was admitted to hospital a day after being denied bail.

Agrizzi is facing  a charge of corruption with his co-accused, former ANC MP Vincent Smith.

Agrizzi's attorney, Daniel Witz, said his legal team was ecstatic about his client being granted bail.

“It was a lot of sleepless nights. We got the result we set out to achieve.”

Witz said the legal team received news on Thursday night that Agrizzi had been taken off the ventilator, which he described as “fantastic news”.

“He is still on dialysis and other forms of life support. Small steps to recovery is a good sign,” Witz said.

Witz said he will not be shackled to his hospital bed any longer.

“It is not great for doctors if they have to move him to a chair and other areas when he is shackled to the bed,” Witz said.

In terms of the order, Agrizzi acknowledges his bail will be automatically revoked and he will be remanded within 48 hours if he breaches a number of conditions attached to his release on bail.

One of the conditions was that Agrizzi must hand over the original property deed of the Casa del Piano property to the investigating officer.

Agrizzi must also give a full and frank disclosure of all foreign assets in the name of either himself, his common law wife Deborah Agrizzi, including the nature, value, location and account numbers and/or vehicle licence numbers to the National Prosecuting Authority.

Other conditions attached to his bail are that he should not leave Gauteng, must report to a local police station every Friday, and undertake not to have any contact with witnesses in his corruption case.

The Investigating Directorate welcomed the order.

“Our main contention was the fact that Angelo Agrizzi failed to disclose the true value of assets that he owns in the country and abroad.

“And we are now happy that the court has ordered him to furnish the state with his (R16.6m) Italian home's title deed by November 10,” ID spokesperson Sindisiwe Twala said.