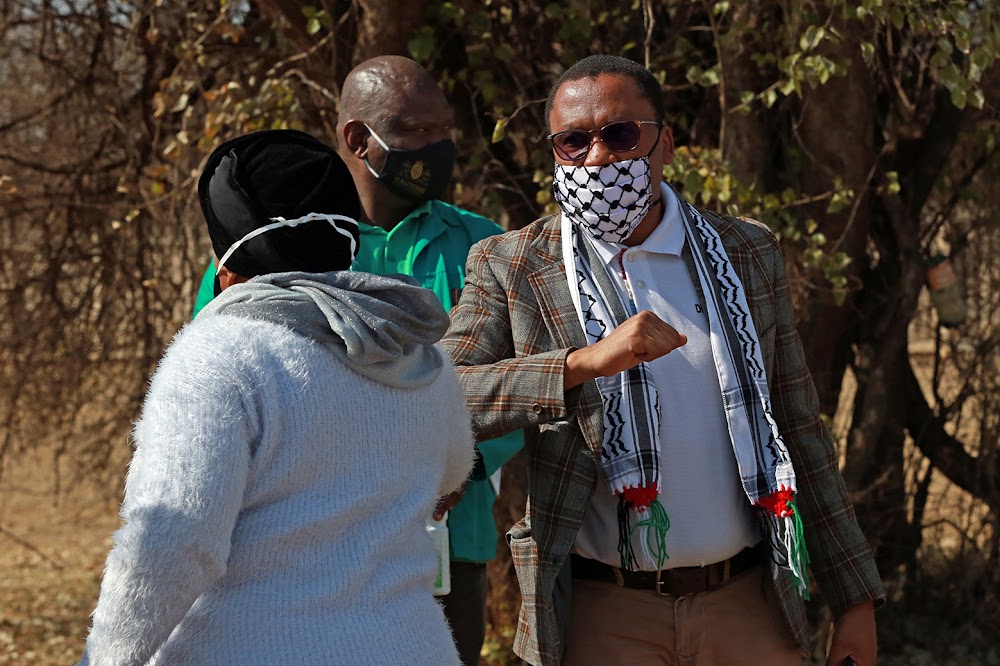 Gauteng premier David Makhura is expected to announce an acting health MEC after a decision by the ANC that Bandile Masuku take a leave of absence related to alleged tender irregularities.

Masuku and presidency spokesperson Khusela Diko have been referred to the party's integrity committee to explain their roles as the allegations unfold.

ANC Gauteng secretary Jacob Khawe announced on Thursday that the party had deliberated on the matter during a provincial executive committee (PEC) meeting on Wednesday night.

Khawe said the party had resolved that Masuku's wife Loyiso, who is a deputy secretary and member of the mayoral committee in the City of Johannesburg, should also take a leave of absence and appear before the integrity committee.

Khawe said he had given a report to the PEC after meeting Diko and Masuku. The party took the decision after deliberating on the report and noting that both had denied any wrongdoing.

“However, the PEC has resolved that we as the ANC at this moment, whether we like it or not, the objective reality is that we are losing trust among the people on our ability and capability and commitment to deal with corruption,” said Khawe.

“Two, the leadership of the ANC at all times must know that whatever they do, it does implicate the character and the integrity of the party and that the individual actions have to be understood against the noble principle of organisational renewal,” said Khawe.

He added that the party in the province, when it elected the current leadership, had made it clear that it needed a different type of leadership which stood for the party first rather than individuals, factions and friends.

“In discussing this we are not undermining the law of natural justice, we are not finding anybody guilty, we just believe that there must be a process that demonstrates respect to the concerns raised across society and in particular for the ANC itself,” added Khawe.

He said the party had separated the process from the current SIU investigation and that it was not intended to determine guilt but to have a discussion on political consciousness and the integrity of the ANC.

“It is against this background that the PEC has resolved that both comrade Bandile and comrade Khusela be subjected to the provincial integrity committee and we are doing this guided by the request that both these comrades have made.

“Both comrade Khusela and comrade Bandile would have written letters to the party requesting a process that can clear them,” said Khawe.