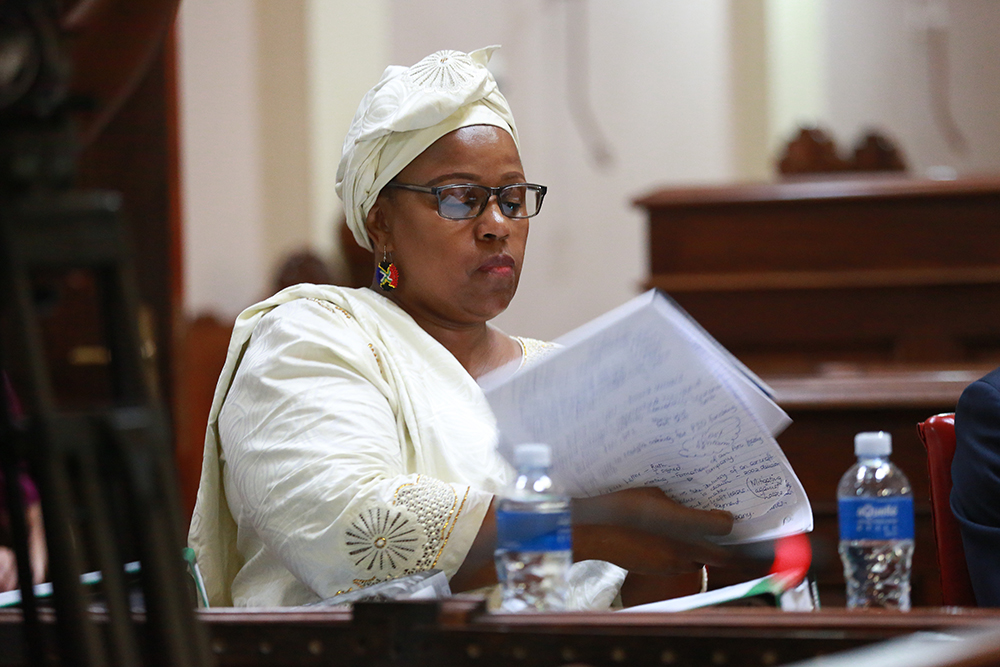 Former SAA chairperson Dudu Myeni's actions while running the airline and her failure to conclude two crucial deals were not mere negligence but reckless and wilful.

The high court in Pretoria made these findings on Wednesday as it declared her a delinquent director, and said this would remain in force for her lifetime.

Myeni contributed significantly to the position SAA and the economy finds itself in today and her actions as chairperson caused SAA immense harm.

“She was a director gone rogue, she did not have the slightest consideration for her fiduciary duty to SAA. She was not a credible witness. As already stated, she changed her versions, contradicted herself, blamed others and played the victim.”

The Organisation Undoing Tax Abuse and the SAA Pilots' Association relied on two transactions, scuppered by Myeni, to prove that she was a delinquent director.

One was known as the Emirates deal and another was the Airbus fleet swap.

The Emirates deal was a proposal for an enhanced code-sharing agreement between SAA and Emirates. It offered a range of benefits for SAA, including an annual minimum revenue guarantee.

“The Emirates proposal and SAA's own modelling predicted that the minimum revenue guarantee for SAA would amount to approximately $100m annually, approximately R1.5bn a year at prevailing exchange rates at the time,” judge Ronel Tolmay said in her judgment.

But the deal was not signed, despite two meetings set up between SAA and Emirates.

A meeting was set with Emirates president and CEO Sir Tim Clark, at the insistence of Myeni, for May 5 2015. On the eve of the meeting, Myeni said she could not travel to Dubai because she was sick.

Another opportunity presented itself for a memorandum of understanding (MOU) to be signed between SAA and Emirates on June 16 2015, at the Paris Air Show.

Three days before travelling to France, Myeni said her plans had changed and she could not go to Paris. On the morning of June 16, Myeni called Nico Bezuidenhout, then acting CEO of SAA, to say the MOU should not be signed.

Myeni's version, put under cross-examination to the witnesses, said the Emirates deal was a sham and unlawful.

Tolmay said this version was in stark contrast with her evidence that she approved the deal on July 10 2015.

“She never produced any evidence that the deal was unlawful. She did, however, complain that Mr Bezuidenhout was rushing the deal as he wanted to 'shine at the Paris air show'.”

Tolmay said Myeni had no valid reason to block the signing of the MOU.

“She was not acting on behalf of the board in issuing such an instruction, and she clearly was engaging on a frolic of her own.”

She said Myeni's blocking of the signing of the Emirates deal led to irreparable harm to SAA and the country.

“What motivated these reckless and detrimental actions to SAA, we still do not know. Ms Myeni acted recklessly and broke her fiduciary duty in sabotaging this deal and the people of SA and SAA's employees are paying the price for her actions.”

On the aircraft swap deal, Tolmay said Myeni knowingly took SAA and the country to the brink of disaster by delaying the conclusion of the deal.

In terms of this deal, SAA and aircraft maker Airbus would agree to cancel the purchase of a further 10 Airbus A320-200s and substitute this with a new deal for SAA to lease five Airbus A330-300s directly from Airbus.

The swap transaction would have allowed SAA to escape an onerous contract with Airbus and the outstanding pre-delivery payments (PDPs) for the 10 aircraft.

In addition, SAA would have received refunds ... already paid under the deal, adding a positive cash flow of $106m to its balance sheet over three years.

The added benefit was that the deal would give SAA access to the more fuel-efficient wide body aircraft in the form of A330-300s, which were needed to replace the inefficient and expensive A340-600 aircraft.

Though the finance minister had conditionally approved the swap deal in July 2015, the transaction never materialised as Myeni wrote a letter to Airbus later in the year proposing to unilaterally renegotiate the deal.