Up in smoke: UK businessman cries foul after SA firm offloads his product to dagga growers 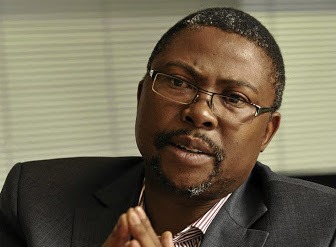 Zondo said this as former Transnet board chairperson Mafika Mkwanazi wrapped up his three-day testimony on Monday.

At the centre of the evidence was R17m that the state-owned company paid to Gama when he was reinstated in 2011, having previously been fired for “serious misconduct” just the year before. Among the misconduct claims were that he signed a multimillion-rand contract without reading its terms, insulted his colleagues and ignored board instructions.

The R17m payment was made up of salary back pay, full benefits and legal costs that the Transnet board approved to be paid to Gama when he was reinstated.

Transnet had moved to suspend Gama and institute disciplinary proceedings against him in 2009 at the time he was CEO for Transnet Freight Rail.

Gama rushed to court in an attempt to block the move, but the court dismissed his application with costs. In June 2010, Transnet showed Gama the door — but the fight was not over.

Gama declared a dispute which went all the way to the company's bargaining council, while he also lodged a complaint against Transnet with the then public protector Thuli Madonsela, crying foul play in his sacking.

While the bargaining council dispute and public protector processes were unfolding, the Union Buildings intervened in the form of then-minister of public enterprises Malusi Gigaba and then president Jacob Zuma.

The Transnet board also made a U-turn, resolving that Gama must be reinstated.

In this regard, Mkwanazi — who was then the Transnet board chair and doubled up as acting CEO — was tasked to lead negotiations with Gama. He got the worst deal for Transnet, as Gama pocketed R17m.

The move to reinstate Gama was also questioned as legal advice had been that Transnet  had a strong case and would defeat Gama in the labour dispute.

Alas, because the Union Building had issued a command, Mkwanazi ignored this and went ahead with negotiations. Among the demands was that Gama wanted to be paid his salary and all benefits for the duration of the period he had been fired. Transnet agreed.

The company, as part of the settlement, also controversially gave Gama a six months “final written warning”, which was effective between June and December 2010, a period in which Gama had been fired.

Furthermore, the settlement stated that Transnet would pay 75% of legal costs Gama incurred in the high court case he lost in 2009, as well as all costs he suffered in his labour dispute.

This demand, too, was accepted by Transnet.

As if that was not too much of a concession for Transnet, the company paid to Gama not only what was quantified as 75% by his lawyer but also the 75% of what was due to Transnet in the cost order of 2009.

Mkwanazi admitted that Transnet had no business reinstating Gama, let alone paying him R17m when by his own admission he had conceded that the charges against him were substantiated.

Asked why he and his board were determined to bring Gama back, even when it was to the detriment to Transnet, Mkwanazi said it was because of Gama's “value”.

Mkwanazi made a sharp U-turn. “In retrospect, the two matters do indicate that this individual was not the best to be brought back to the company,” he conceded.

But Mkwanazi would again put himself in a tight corner on the legal costs due to Transnet that it paid to Gama.

Said Mkwanazi: “I am also seriously confused. I would need to sit with an accountant to explain these payments. They do not sound right.”

Zondo corrected him: “No, you do not need an accountant — you need common sense.”

The commission chairperson then hinted that after hearing all evidence related to the saga, he may well recommend that government institute civil claims against all Transnet board members who supported the R17m Gama settlement.

“What this means is a lot of taxpayers' money went to Mr Gama and his attorneys. The back pay for nine months, legal costs for high court and unfair dismissal matter, which should not have been offered,” said Zondo.

“Would there be anything unfair if at the end the commission were to recommend to the president that steps be taken to recover this money from members of the board who supported this settlement, which we agree should not have been offered to Mr Gama?”

'No shenanigans': Govt reiterates it did not help Bushiris flee SA

WATCH | 'We're not friends' — Zondo vs Zuma on recusal application

The funeral of Ryan Collier

Inquirer Mobility - Avoid hydroplaning and drive safely on the wet!

2020 AMAs: The Only Wrap Up You Need to Watch | Billboard News

House where 44 teens were arrested in wild party

Up in smoke: UK businessman cries foul after SA firm offloads his product to dagga growers